On the streets of Buenos Aires, a carnival of five million people has come to town.

Everywhere and everyone is draped in sky-blue-and-white for Argentina’s World Cup winners. From the flags to the replica shirts, from the face-paint to the 40-foot banner reading ‘Gracias campeones’ that hangs from the tower of the iconic Cabildo.

There is no other way to describe it than an assault on the senses. From every square, street and alleyway, the familiar chants and songs ring out. Renditions of ‘Muchachos’ – the hit of this Qatarified summer – rings out in the round, one line of lyrics splicing into the next as the song spreads through the crowd. All the ‘hits’ are there (no jumping for the English) but some – ‘Dale, campeón, dale campeón...’ – hit differently, delivered with a hearty new thrust and a grins all round.

The atmosphere is pure passion. Smiles abound as delight, alcohol and marijuana course through the veins of fans glowing in success. There is a clear sense of purpose: we’re here to see them, the heroes who brought back the cup. And while we’re waiting, we’re here to enjoy ourselves.

It feels as if all of Argentina has descended on the city, if not in body than in spirit. Delirium has gripped the nation following its third world crown, delivering a brief yet beautiful respite from the country’s never-ending stream of constant crises.

Fans scale anything in sight – lamp posts, bus stops, newspaper kiosks – and swing their T-shirts to the beat of constant drumming. Kids, raised to higher vantage points on the shoulders of elders, spray foam high up into the air. Motorcycles, loaded with as many people as possible, unsuccessfully try to pick their way through the crowd before grinding to a halt.

The joy is irrepressible, infectious. A youngster in a wheelchair is raised up on shoulders and bounced by a small crowd. Two men dressed as sheikhs are stopped repeatedly for photos, their new friends cackling with delight. At the corner of Maipú and Sáenz Peña, a group swarms an ecstatic pensioner with a flag draped across her shoulders. They jump, singing ‘Abuela-la-la-la,’ and she does her best to rise in unison with them, a glorious moment of ecstasy for one of a generation so often ignored.

Florencia, a 21-year-old from Retiro, feels an overwhelming sense of happiness. “The country is going through a difficult time,” she explains. “It’s a unique moment.” She says feels “love” for the players and what they’re managed to achieve. “In Argentina, for any Argentine, we cried with them. They’re our family.”

Iris, 19, is inspired by the crowd and the sense of communion. “Here there is no inequality, only equality. In this Argentina, there is discrimination, we are all the same,” she adds.

Both are hopeful that a better future lies ahead for Argentina. “We are rich in everything. It would be ideal if we could agree as a country and move forward,” says Florencia.

“These are days of happiness. There are things to change, but for now, it’s just pure joy, lots of joy,” agrees Iris. 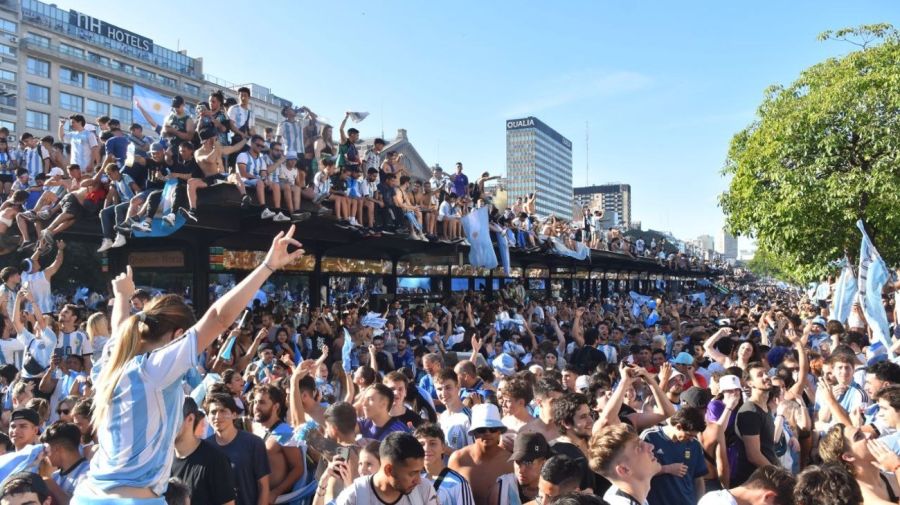 But not everyone is here to celebrate – the street vendors selling ice-cold beer at red-hot prices and the grill-masters knocking out choripanes y hamburguesas by the dozen are being made to work for their money, sweating in the sweltering midday sun.

The heat beats down strongly. Water is thrown from balconies and fired from cannons to cool off the crowd. Large flags are held up by the tallest, allowing others to huddle below. At Plaza de Mayo, people squeeze into shady patches, deserting sun-exposed spaces for brief moments of respite. But another relief-seeker soon arrives, and another, and another, and the bustling and jostling for space begins.

Alongside all that elation, there is an edge. French forward Kylian Mbappé and the national team’s rivals are heartily abused in song. Groups of young girls are cat-called and trailed by older men who ignore the first rebuttal. Screams go up for a lost child who is thankfully reunited with their carer. As more and more people stream into the city centre, and a rogue group breaks into and scales the Obelisk, hands are being dipped into the backpacks of unawares, as pickpockets revel in an unrivalled opportunity.

The undercurrent is being fed, at least in part, by the fact that no-one knows where the players and their open-top bus are, what they’re doing, or where they’re going. There is little to no organisation bar a few ineffective fences here or there. Mobile phone reception is spotty and with little info coming anyone’s way, confusion reigns. Not that that’s anything new for Argentines – uncertainty is practically a national birthright.

Rumours swirl through the crowd. Are the players going to the Obelisk? Are they going to the Casa Rosada? Are they stopping the parade entirely? In front of government house, momentarily exciting the crowd, a stage is hastily erected, before then being taken down again almost immediately afterwards. Not even the people in charge seem to know what’s going on.

Amidst the carnage and the chaos, if you look hard enough, there are still some signs of normal life. “Yes Mum, I’m fine, everything’s good,” mutters one teen into his phone as he walks by, attempting to put off parental concern. Down one of the quieter streets off the city centre, a homeless man rests on a dirty mattress. On the outskirts of the ‘occupied territory,’ at the local offices of IBM, a man in a suit exits with purpose and gets into a waiting car talking animatedly. Indications the country hasn’t completely stopped.

But back on those vibrant streets, it feels as if all of Argentina has descended on the city, if not in body than in spirit. Delirium has gripped the nation following its third world crown, delivering brief yet beautiful respite from the country’s never-ending stream of constant crises.

The question is where does the country go from here, or more pertinently, what happens next. The title win has created a fleeting taste of unity but the organisational chaos of this unbelievable celebration provides fresh evidence that Argentina’s political fractures are ever more pronounced.

But those concerns, rightly, are best put aside for another day. For now, it’s better to enjoy the party, raise a glass and toast the heroes, even if they’re not going to be able to swing by in-person. The crisis isn’t going anywhere, after all.

The secret pacts between Massa & Alberto and Macri & Rodríguez Larreta

On Planet K, inflation is all in the mind

German Chancellor Scholz heads to Argentina with investment on agenda 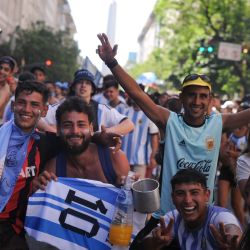 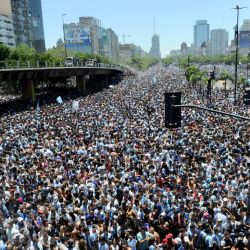 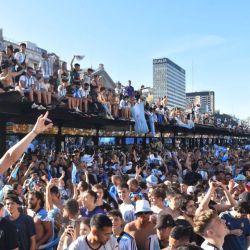 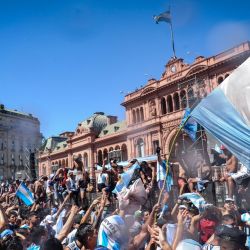