Further questions about the death of slain Barracas Central footballer Lucas González arose this week after an autopsy report published its findings.

Lawyer Gregorio Dalbón, who represents the family of late 17-year-old, claimed that the victim of a City Police bullet "was tortured" with a cigarette burn on his hand dating from the time of his death.

"Tremendous finding in the testimony of his parents. Lucas was tortured. He had a cigarette burn on his hand. When his mother told of this, both the prosecutors wanted to write it down. Now that testimony gains value with the autopsy result," wrote Dalbón in a post on his Twitter account.

The lawyer accompanied these words with a photo of the autopsy document reading: "On the back of the right hand at the level of the first interdigital space a circular injury one centimetre in diameter with a yellowish crusty surface in formation, similar to that observed in burns. It possesses a date close to his death. Not an injury likely to cause death."

González, a 17-year-old who played in Barracas’ youth team, died on November 18 after he was shot in the head at close range by serving police officers.

The youngster and a group of his friends were driving a Volkswagen Suran car on their way back home from football training before the incident took place.

Consulted about the possibility of the adolescent having been tortured before being murdered by a bullet through his head, Dalbón this week responded “Not the slightest doubt.”

Talking to Clarín newspaper, he said: “We are talking about people incompatible with human life” if “at some moment it occurred to somebody to stub out a cigarette on the hand of the kid in the state he was in.”

As for the advances in the court investigation into the murder of Lucas González, the high-profile lawyer – whose clients include President Alberto Fernández and Vice-President Cristina Fernández de Kirchner – anticipated that if 10 City policemen are currently being held for this crime, the final total “will reach 12.”

“Perhaps at the time this case was underestimated and it was thought that I’d simply be dealing with some questions dealing exclusively with the murder of Lucas, but no. We’re seeing that with each analysis and each policeman who testifies is involving another one,” remarked Dalbón.

Policewoman Lorena Miño, who was on the run after being accused of "covering up" the slaying of Lucas González, turned herself in last Monday at the Central Courthouse together with lawyer Roberto Castillo and was placed under arrest in the same case for which five other policemen, including two inspectors and one deputy inspector, had been arrested during the weekend, police and court sources informed.

Via her lawyer, the policewoman, whose request to be exempted from imprisonment had been rejected, had released a video lasting slightly over three minutes in which she said she regretted the death of the teenager although assuring that she had nothing to do with it, blaming it on the "error" of the three policemen originally arrested for the homicide.

Another officer, Sebastián Baidón, turned himself in to justice on Thursday to answer allegations of “concealment” and other charges.

In the eyes of prosecutors, six members of the City Police are responsible for deceitful manoeuvres trying to justify the aggression against the vehicle in which Lucas was travelling by altering the scene of the crime and planting a toy pistol.

Their arrests were pushed by the prosecutors in this case after analysing, among other evidence, the images of security cameras placing policemen subsequently on the scene of the crime in Barracas.

Among other tampering, it is suspected that a toy gun was planted in the Volkswagen Suran in which González and three other youths were circulating.

The arrested policemen were interrogated in the course of the week while judge Martín Del Viso was defining the situation of the police trio accused of doubly aggravated homicide and attempted murder against the three friends of Lucas, all underage.

"They are getting very nervous and it is evident that the brigade which killed Lucas is not the same as that which came in the afternoon and tried to plant the gun, covering up in general so that these kids might end up being tagged as criminals," Dalbón said.

A reconstruction of the murder was due to be held in Barracas last Wednesday, though it was cancelled after the accused officers asked to attend.

Their version of events is that they confused the youths with criminals and that, prior to shooting, they identified themselves but the car did not stop.

The detained policemen are indicted for the crimes of covering up, aggravated illegal arrest and presenting false evidence in connection with the episode at the corner of Alvarado and Pedriel streets in the capital on November 18. 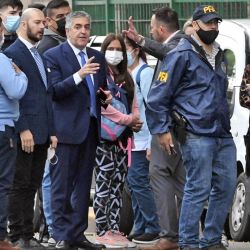 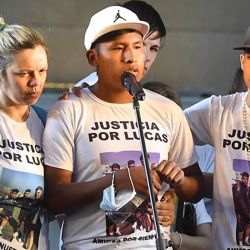 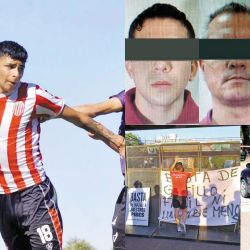