Hundreds of Argentine flags dotted the sand of a beach at the Mar del Plata resort, a poignant memorial to the victims of the novel coronavirus in one of the country’s new virus hotspots.

When the flags were planted last week, they were a tribute to the more than 500 people who had died from Covid-19 over the previous seven months in Argentina's top resort. Since then, about 100 more have died and Mar del Plata has become an epicentre in a coronavirus surge through Argentina's interior that has given it the fifth-highest confirmed case total in the world.

The resort's new reality is starkly visible: Mar del Plata's beaches and businesses are deserted at a time when locals normally would be booking lodging and renting beach gear for the fast-approaching Southern Hemisphere summer. In contrast, the Modular Hospital on the other side of town is busy with ambulances bringing Covid-19 patients and several days earlier had been on the verge of collapse.

When the pandemic emerged, Argentina was one of the first countries to take strict isolation measures to stop the spread of the coronavirus, winning plaudits from global health officials, and has had one of the world's longest quarantines. But in recent months the number of confirmed cases has surged as locals weary of seven months of lockdown and pressured by a devastating economic crisis have stopped staying at home and obeying quarantine orders.

While the country's initial outbreak was focused in Buenos Aires City and its surrounding areas, the new outbreak is taking place in Argentina's provinces and cities like Mar del Plata on the coast and Rosario in the country's east. Initially, up to 90 percent of the confirmed cases were in the Buenos Aires metropolitan area (AMBA). Today, 65 percent of Argentina's cases are in its provinces, authorities said.

Mar del Plata, which at the start of the pandemic reported one case a day or less, is now reporting an average of 300 confirmed coronavirus cases a day. Rosario, a city northwest of Buenos Aires with a population of more than one million, reported 1,250 confirmed cases in one day this week.

Study: One in four young people in Argentina neither study nor work

Mar del Plata's outbreak especially concerns authorities because it normally receives hundreds of thousands of vacationers every year and they return to their home communities. 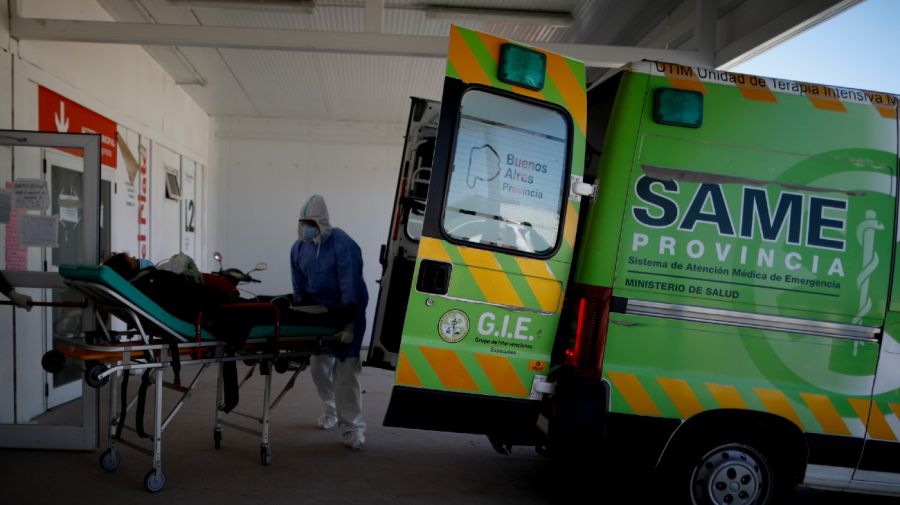 Dark clouds loom over “La Feliz,” or “The Happy Place,” as the tourist mecca is known as the rising number of cases stress its hospital system. Inside the Modular Hospital, which was built this year to treat those infected by Covid-19, The Associated Press saw a therapist busily treating five intubated patients in one small room.

“When the pandemic exploded in the metropolitan Buenos Aires area, we were in a honeymoon period,” said Verónica Martin, associate director of the Interzonal Hospital General de Agudos and the Modular Hospital.

Martin said the pandemic initially felt far away when it attacked the capital, but this feeling disappeared in August. She said Mar del Plata, south of Buenos Aires, and other cities outside the capital have limited hospital facilities and lack intensive care specialists.

In Mar del Plata “there is a floor of between 80 percent and 90 percent occupancy in intensive care units for Covid patients in the public [healthcare] system, while the private system has warned more than once that it does not have beds for coronavirus patients,” said Gastón Vargas, director of the Eighth Health-Care Region of Buenos Aires Province. Provincial authorities have said they will supply 12 new intensive care beds and more therapists for the Modular Hospital.

Medical personnel say infections are soaring partly because restaurants, clubs and other establishments have been unwilling to stick to social isolation measures amid the devastating economic crisis.

Specialists say Mar del Plata is an example of how municipalities in Argentina’s provinces have not reacted properly to increases in Covid-19 cases and instead of restricting circulation, have allowed activities to continue to ease rising poverty and unemployment.

The beach resort has 26 percent unemployment, twice the national rate, partly as a result of seven months of lockdown measures. Faced with bankruptcy, local restaurant owners declared war against some measures, allowing diners to eat inside, which is currently prohibited, although there is a green light for consumption in outdoor spaces. Clubs held clandestine parties and construction projects continued.

All this took place under the gaze of local authorities who failed to levy fines because they were scared of the scale of the economic crisis.

“Those who open as a form of protest are not going to be sanctioned,” said Fernando Muro, Mara del Plata's secretary for Productive Development and Innovation. He said the city should have a phase of “self-quarantine” that allows businesses to be active with adequate hygiene protocols.

“Nobody does this to be dishonest or clever or to hurt other people,” said Nicolás Parato, secretary of the Mar del Plata resort chamber. “There is a great need for work.”

Parato, who has a dessert shop and the concession for a recreational area with a pool and sun umbrellas with a view of the sea, recalled how during last year’s October 12 holiday there were lines to get into his businesses and all the hotels were busy with people making reservations for their vacations.

“Today we are closing at 7pm because there are no people,” said Parato, whose income is down more than 50 percent from last year. 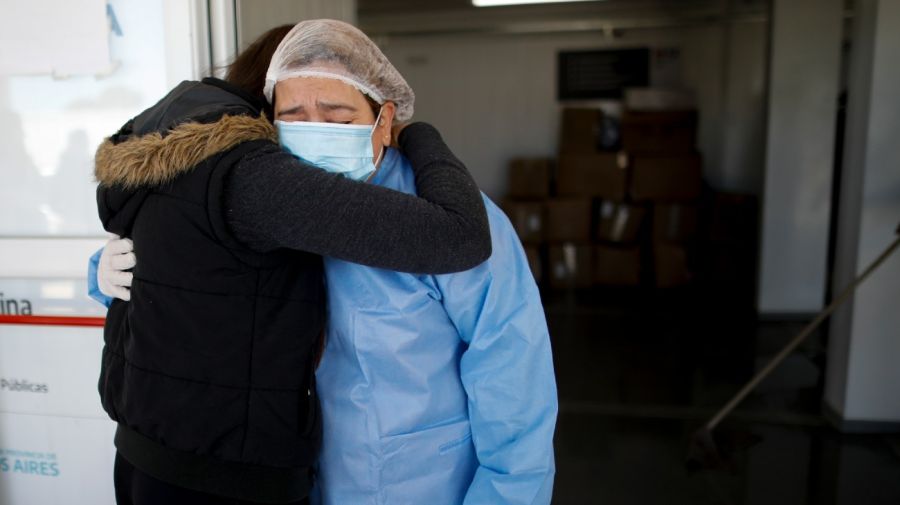 Laura Bustos, a 54-year-old state worker who was chatting with a friend on the beach, said she was scared by the irresponsibility of some residents and said she was willing to accept stricter isolation measures.

A recent decree from President Alberto Fernández extended quarantine measures in Argentina yet again and Mar del Plata was one of the places ordered to remain in social, preventive and mandatory isolation at least until October 25.

Bahía Blanca, Tandil and San Nicolás are other cities in Buenos Aires Province that “show sustained transmission of the virus, sharp increases in the number of cases or tensions in the health system.” The situation is the same in municipalities in 16 other Argentine provinces. Only six districts enjoy greater openness.

With about 950,000 confirmed cases, Argentina has climbed to fifth place in the international ranking, behind the United States, India, Brazil and Russia, according to a tally by Johns Hopkins University.

Marcos Espinal, director of the Department of Communicable Diseases and Health Analysis at the Pan American Health Organisation, lauded Argentina for being one of the first countries to implement isolation measures on March 20.

“Argentina has definitely taken good measures,” said Espinal, who noted that “what could have been improved” is the system for testing positive cases to proceed with faster and more effective isolations.

Eduardo López, an infectious disease specialist who advises President Fernández, agreed the country correctly applied an “early quarantine” because when the contagions broke out in Spain and Italy “we knew we had tourists there.”

“But in the interior jurisdictions, where the cases were few, there was an excess of confidence. They did not see the impact that the pandemic was going to have in the month of August” in the middle of the Southern Hemisphere winter, López said. 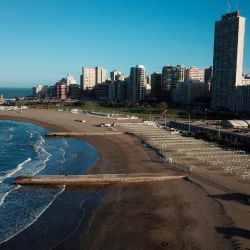 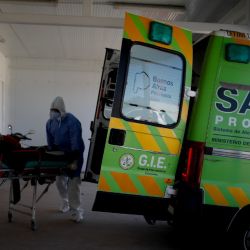 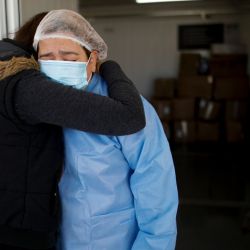