The shockwaves of the attempted assassination attempt against Vice-President Cristina Fernández de Kirchner continue to reverberate throughout Argentine society, as the investigation carries on.

In a context of deep scepticism on either side of the political spectrum, Judge María Eugenia Capuchetti and Prosecutor Carlos Rívolo have made arrests, continued to gather information, and come to the conclusion that the attempted attack was premeditated and potentially carried out by a larger group and not a “lone wolf.”

In tandem, evidence of purported far-right and even neo-Nazi affiliation of the man who pulled the gun on Fernández de Kirchner and his girlfriend have continued to surface. Several missteps – including the possible deletion of all of the information on the attacker’s mobile phone – have fed the speculation of some level of foul play.

The man accused of trying to shoot the veep last week planned the attack with his girlfriend, according to preliminary charges filed by a judge on Wednesday.

The alleged assailant in the attack, Fernando André Sabag Montiel, 35, and his girlfriend, Brenda Uliarte, 23, both in custody, are accused of trying to assassinate Fernández de Kirchner "with planning and prior agreement," Judge María Eugenia Capuchetti said in an indictment of the two, according to the Télam state news agency.

Fernández de Kirchner, the 69-year-old former two-term president and current vice-president, survived the assassination attempt as she mingled with supporters outside her home last Thursday night, when a gun brandished by Sabag Montiel failed to fire. He was taken into custody on the spot and videos of the incident quickly spread online.

The charges seen by media Wednesday are preliminary and can still be modified, but they mark the first official charge that the attack on Fernández de Kirchner was premeditated.

The courts based this definition on the attempt "being planned with prior agreement” with Uliarte "present in the immediate surroundings after arriving together [with Sabag Montiel]". It was also considered that both "had brandished the confiscated firearm and its ammunition at least since August 5, 2021."

Uliarte denied having participated in the violent attack, which she called “aberrant,” adding that if she had known what her boyfriend had in mind, “she would not have accompanied him.”

Following the attack, she said in television interviews that she had not seen Sabag Montiel for two days, but analysis of video surveillance images has since shown that they were both at the scene of the attack that evening, according to court sources cited by the media.

Sabag Montiel also denied her participation in the attack. "Brenda had nothing to do with it and neither did I," he reportedly told investigators said before refusing to testify any further.

In the eyes of the investigators, Uliarte sought, together with Sabag Montiel "to put Cristina Elisabet Fernández de Kirchner – Vice-President and President of the Honourable Senate – to death, with prior planning and agreement between both."

Court sources revealed to the Noticias Argentinas news agency that there could be more arrests, estimating that Uliarte and Sabag Montiel acted with at least three other people performing "prior intelligence" while masquerading as street peddlers, as can be observed from videos, television and security camera footage and photographs of the scene which the court said it was analysing.

"They did not act alone and there are indications of a gang linked to radical libertarians who acted in the attack," the unnamed sources told Noticias Argentinas.

In the framework of the investigation, the court last Wednesday ordered a second raid on the home of the two main suspects, Sabag Montiel and Uliarte, at the request of Rívolo, looking for further potentially important evidence not previously detected. They found a room full of rubbish, as well as two cats, at the property.

The address of the first raid was in the 700 block of Uriburu street, Villa Zagala in the Greater Buenos Aires district of San Martín, which Sabag Montiel had rented over the last eight months after leasing out the flat of his dead mother in the City neighbourhood of Villa del Parque – a rent believed to have been his main source of income.

In that first raid two boxes of 100 nine-millimetre bullets were confiscated and analysed by the investigators. The seizure of a laptop and additional documentation was also ordered.

Sabag Montiel had previously been arrested on March 17, 2021, for carrying a knife, but the case was later closed.

He had several social network accounts - in Instagram as Andres Sabag Montiel and Fernando_Salim13 while under his full name in Facebook. These accounts have been deactivated.

His Facebook account has him belonging to masonic groups and a grouping called "Comunismo satánico," which has been definitively closed down and whose slogans are: "No es de dios, ni del capital” (“Neither God nor capital), "Ciencias ocultas herméticas" and "Coach antipsicópatas" among other expressions of the Wicca cult.

In photos on his Instagram account, he appears to bear numerous tattoos. Some – like one of a black sun and another resembling the Iron Cross – are associated with Nazi symbolism, though no signs of radicalisation have so far been proven.

After corroborating Uliarte’s participation, judge Capuchetti analysed the possibility of an extreme right grouping, the self-styled "Revolución Federal" in which Uliarte participated, being involved in the attack. The clues in that direction came from Uliarte’s mobile telephone, where some documents related to that group appeared as well as images of a reduced but violent demonstration outside the Casa Rosada last month (August 18). Brenda Uliarte had posted a photo of herself participating in that march alongside a small group carrying torches and firing off fireworks.

With these clues the court sources want to define whether there was a relationship between her fervently anti-Kirchnerite militancy and the attempt to assassinate the Vice-President.

Noticias Argentinas news agency assures that "for now no direct relationship between the group and the frustrated attempt has emerged from the investigation but the investigators are convinced of an organised structure behind the two arrested people with the participation of other people yet to be identified."

Macri sparks controversy as rumours of presidential run ramp up

Now or never: Messi confirms Qatar 2022 World Cup will be his last 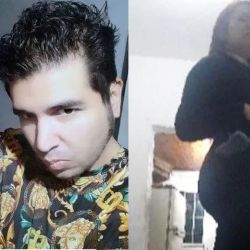 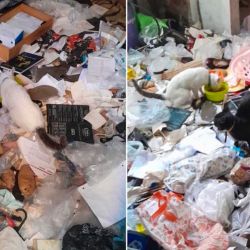 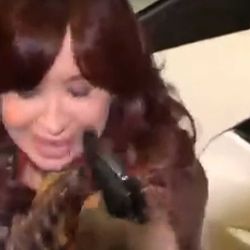