Known as "white gold," lithium is an essential ingredient for manufacturing batteries for electric cars and thus drawing away from fossil fuels in a bid to save the planet from climate change but its slow extraction demands plenty of water and energy.

Inflammable and above all explosive when exposed to air or water, pure lithium does not exist freely in nature but is scattered in rocks, clay and, above all, brine, a salt "soup."

That’s why its extraction can take over a year and daily require millions of litres of fresh water, an increasingly scarce resource.

Although alternatives are emerging, lithium is currently obtained from rocks or via the evaporation of brine in pools.

The main “kitchen” for lithium is divided between Australia, the world’s leading producer thanks to its mines of hard rock, and China, the leader in refining the white metal.

The first step after extracting the rocks from the deposits is to grind them and add water to form a paste which is placed in a tank where air is pumped so that the lithium floats, forming a foam.

From that foam a concentrated but impure lithium dust is obtained which must be refined. The "common method" for refining is to heat it up by around 1,000 degrees before removing the impurities via chemicals and water, according to an article published in 2020 by the specialised magazine Minerals Engineering.

Apart from being costly due to the high demand for energy, this process intensively using water and acids is environmentally unfriendly.

Pools in the desert

The second “kitchen” is in the salt deserts of the Lithium Triangle: Argentina, Bolivia and Chile where most of the Earth’s "white gold" has been identified, dissolved in a mixture of water and salts.

This recipe implies in-depth pumping of the brine to place it in gigantic pools. While the water evaporates, the salts separate and fall to the bottom after "12, 14, 16 months" of action by sun, wind and rain, explains Corrado Tore, a hydrogeologist for the Chilean lithium firm SQM.

The resulting liquid is transferred to a chemical plant from which it will come out as lithium carbonate or hydroxide, the preferred products for battery manufacturers.

Although cheaper, this method is slow and also requires a lot of water. In Chile, for example, the two companies exploiting lithium are allowed to use 263.5 litres per second between them.

The future, in the oven

Known as "direct extraction" various development techniques could accelerate the extraction of lithium and reduce its ecological footprint.

One of them would permit the metal to be separated from the brine as if by a magnet, thus avoiding "possible contamination and the elevated consumption of water" by more traditional methods, according to an article by the National Renewable Energy Laboratory in the United States published in 2021.

But none of these new recipes has been implemented on a major scale and the traditional methods remain to the fore, for now. 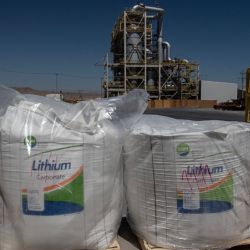 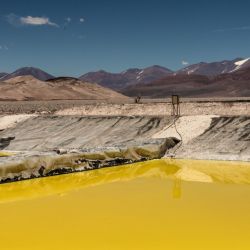 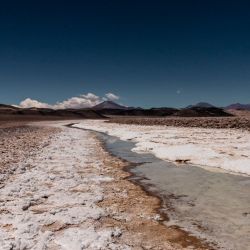 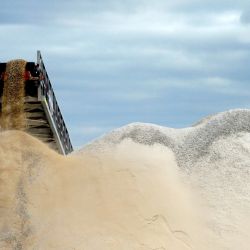