Uruguayan striker for Barcelona Luis Suárez and wife Sofía Balbi renewed their wedding vows during an intimate yet press-heavy gathering while surrounded by family, friends, and celebrities including Argentine footballer Lionel Messi.

The celebration to mark 10 years of marriage took place in a luxury tourist complex near the coastal city of Maldonado, about 130 kilometres east of the capital Montevideo.

Fans wearing Barça shirts and other clubs came to the entrance of the complex to greet the players, reported AFP.

A red carpet set aside from the rest of the guests and the selfie-snapping catering staff, allowed the press to snap pictures and welcomed the presence of Suárez’s teammates: the Spaniards Sergio Busquets and Jordi Alba, and of course, Lionel Messi, who attended with his wife, Antonella Roccuzzo, and the couple's eldest son Mateo.

The family Messi was looking sharp as ever. The football legend wore a royal blue suit with a classic white shirt and silver tie. Roccuzzo was positively glowing as she wore a pale pink gown with a lace bodice and sheer mesh covering a plunging v neckline.

For his part, little Mateo wore a black suit with a blue polka-dot tie-- a painfully cute ensemble.

In an official statement delivered to the 70 accredited journalists in attendance, during the ceremony officiated by a priest, Suárez and Balbi exchanged "engraved bands with their respective names, made of white gold and diamonds.”

Suárez and Balbi met when the player was fourteen and the two got together soon after. She became "a source of stability for my life and for my mind," the player told ESPN Brazil in November 2013.

When Balbi moved to Barcelona with her parents, Suárez concluded that the only possibility of seeing her again was to become a professional footballer and play in Europe.

In 2006, in true fairytale fashion, he secured a transfer to Dutch FC Groningen, his first taste of European football, and asked his now-in-laws to let his 16-year-old girlfriend move to the Netherlands to live with him. His career continued at Ajax and then Liverpool, from where he was transferred to FC Barcelona.

The couple married in 2009 and they have three children: Delfina, Benjamin and Lautaro.

The press release also notes that all gifts received were donated to the Perez Scremini Foundation, which works for the cure of childhood cancer in Uruguay. 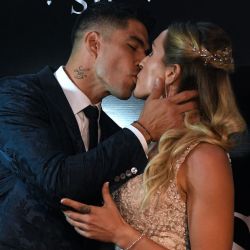 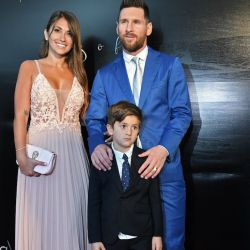 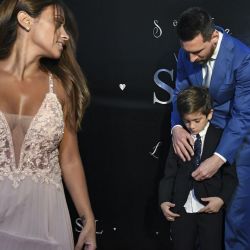 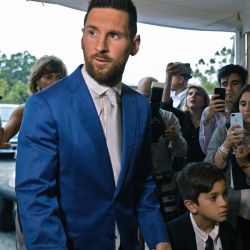 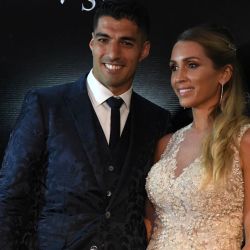 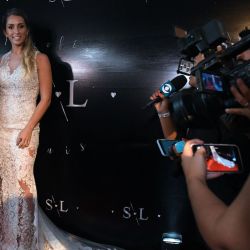 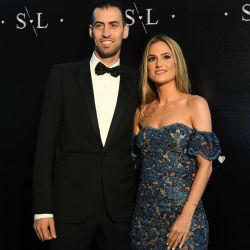 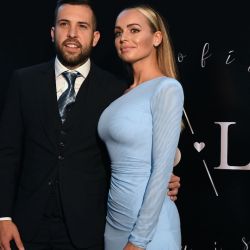