Argentine President-elect Alberto Fernández is preparing to task the country’s Central Bank with trying to boost the crisis-torn economy through a weak exchange rate, according to two people with direct knowledge of the strategy.

Fernández takes office on December 10 having promised voters he will revive the economy from its slump. He now intends to make the Central Bank a centrepiece for that strategy, taking advantage of the fact that it’s not legally independent from the government.

Under the plan, Fernández will ask the Central Bank to actively intervene to curb the peso’s value to avoid appreciation cycles such as the ones that helped generate large trade deficits in the past, the people said. 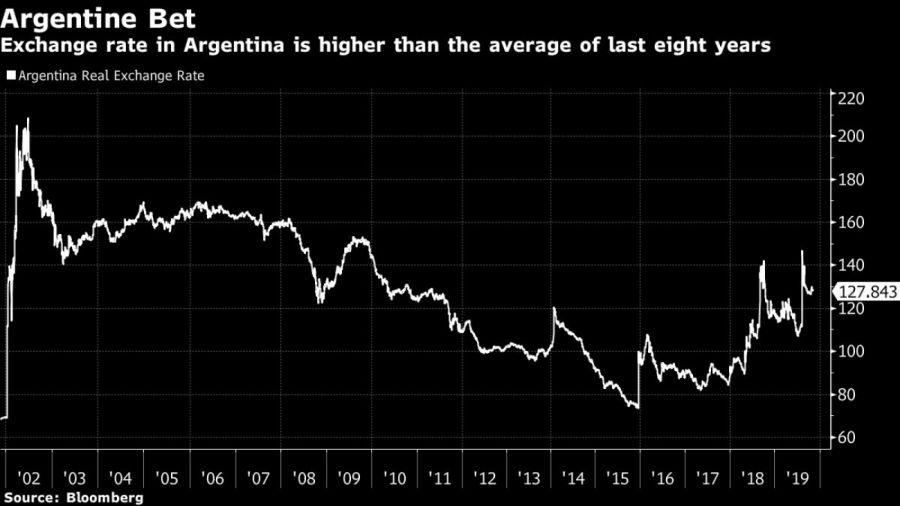 A weaker currency will spur exports, the theory goes, helping to close a current account gap that many economists consider the root cause of Argentina’s repeated episodes of financial turmoil. The deficit is estimated to be 1.8 percent of gross domestic product this year after reaching more than 6 percent in the third quarter of 2018.

“The Central Bank must control the currency market,” Matías Kulfas, one of Fernández's economic advisers, said in a recent speech.

Argentina’s real exchange rate, the value of the peso measured against a basket of international currencies, is above the average of the past eight years, signaling the country’s improved competitiveness with its main trade partners. That’s a level that the incoming administration would like to sustain with this policy, the people said.

Although the peso-dollar exchange rate wouldn’t be fixed, it would be what’s called a “dirty” float, with the Central Bank gradually buying dollars to put more pesos in circulation, thereby weakening the currency, according to the people. These dollar purchases would coexist with some form of capital controls similar to the measures currently in place, which don’t allow Argentines to buy more than US$200 in greenback per month.

The incoming administration believes that a weak exchange rate would help eventually boost exports by about US$20 billion per year and create foundations for sustained growth, according to the two people consulted.

A spokesman for the president-elect didn’t provide a comment for this story.

Other elements of Fernández's plan for the Central Bank include replacing President Guido Sandleris and a yet-to-be defined pact involving salaries and pensions with labor unions and businesses to contain inflation and offset the risks of a weaker exchange rate. Another aim would be to cut the benchmark interest rate from 63 percent, the highest in the world.

Miguel Pesce would be the new head of the Central Bank under Fernández, according to the Buenos Aires-based newspaper Clarín.

The plan nevertheless risks further repelling investors already worried that Fernández's team will undo the pro-market stance of incumbent Mauricio Macri. The economy faces a third year of contraction in 2020. Argentine dollar bonds due in 2028 now fetch as little as to 36 cents on the dollar and an International Monetary Fund aid package is in jeopardy.

Fernández's team will also seek to ensure the Central Bank improves the access of households to credit and imposes tougher financial regulation, the people said. 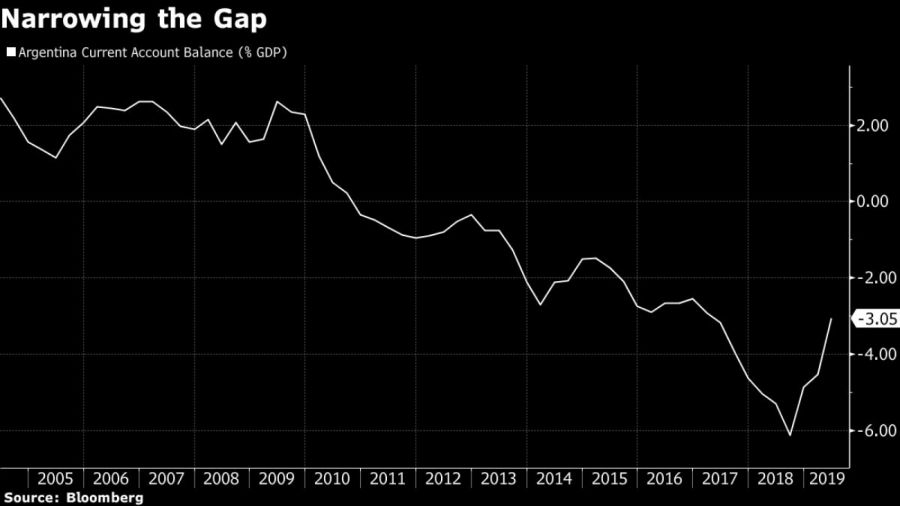 Other details of the Central Bank priorities under Fernández, according to the people consulted:

The incoming administration is considering a new monetary policy target in which the Central Bank would focus on the monetary aggregates known as M1 or M2. The first tracks the amount of money in circulation and in public and private checking accounts. The latter follows everything in M1, plus public and private savings accounts. Right now, the central bank focuses on the monetary base, which is the amount of money in circulation. Monetary expansion could be around 35 percent annually, one of the persons said.

If inflation starts to recede, the Central Bank could reduce the policy rate and the stock of local, short-term notes called Leliqs, currently used to set the main rate. The advisers say that the key rate won’t be negative in real terms, meaning it would stay above the rate of inflation, currently at 53 percent in annual terms. The Central Bank will prefer to absorb pesos by forcing commercial banks to hold more cash in reserve requirements instead of issuing Leliq notes, two people said.

The proposal among people close to Fernández is to expand credit in the economy by lowering interest rates. While they may increase banks’ reserve requirements, Fernández’s Central Bank leaders could also maintain current levels for banks that offer loans to businesses at low rates. Those loans would likely be at real negative interest rates, of around 45 percent to 55 percent annually in pesos.

Banks Under the Spotlight

The central bank will seek to boost its control over the financial system, one person said. Fernández's team is studying changes to banking regulation so that they can continue financing companies with poor credit profiles. Fernández's policies will likely be similar to those implemented under from 2003 to 2011 during the Kirchner governments. These included a rule mandating that a 30 percent cash deposit be applied to dollar inflows, and an obligation that agricultural exporters sell the dollar proceeds of their grain sales in the FX market within 120 days.