State-run company Cannava, based in the Province of Jujuy, has begun preparing for the harvest of 35 hectares of medicinal cannabis – the largest plantation of its type in Latin America.

Jujuy Governor Gerardo Morales this week took part in a ceremony to launch the start of the harvest, which he described as “such an important project for the health of our people.”

The Radical leader said Cannava was producing a high-quality medicinal crop in compliance with the “strictest” international safety standards.

Some 80,000 plants will be harvested, which will result in the production of “25,000 kilogrammes of pharmaceutical grade flower,” from which almost 1,000kg of active pharmaceutical ingredient in the form of “highly purified” cannabinoid extracts at the laboratory, according to the authorities.

Speaking Tuesday, Jujuy’s Health Minister Antonio Buljubasich assured that cannabis is “a new way out,” given medicine’s lack of response “for children suffering from refractory epilepsy.”

The medicinal product which “thousands of Jujuy citizens use to improve their quality of life” is already being sold at different pharmacies in the province and “will soon be authorised by [drug regulator] ANMAT for its sale elsewhere in the country and region”, Morales told reporters.

“These are milestones in production changes for the people of Jujuy to have more opportunities,” said the governor, who said that the project directly employed 145 workers, with more likely to be utilised during the harvest. 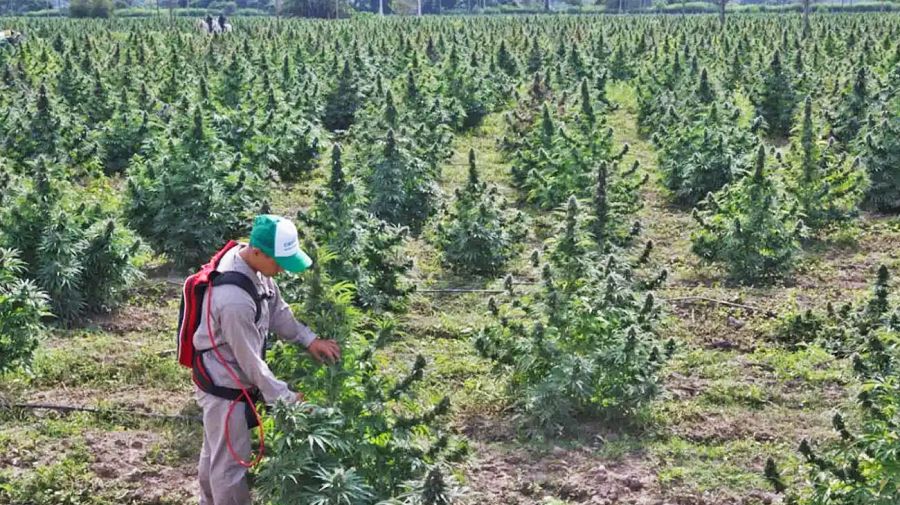 Cannava President Gastón Morales, the governor’s son, highlighted that production places Jujuy “on a path towards new future developments and the creation of a new welfare economy.”

He further assured that it is a “high-quality” product, manufactured entirely in Jujuy under good agricultural and manufacturing practices, which is “strongly needed by both local and international labs.”

“On this new road, we must first dedicate ourselves to harvesting the plant, which demands a very strict genetic selection and technical standards and accuracy, as well as crop planning work and an adequate nutritional plan for each of the plants,” the Cannava head explained.

The event at the plantation kick-started the international production stage and the provincial authorities believe the future is bright.

Speaking to reporters, Governor Morales said that Jujuy has “no ceiling for the development” of cannabis, which makes the province “the main medicinal cannabis producer in Latin America” thanks to “a public health policy compatible with the strategy to diversify production driven by the provincial government of Jujuy.”

In addition, Morales highlighted the opportunities for scientific and productive development, citing the provincial government’s liaison with Austral University, which is researching the possible use of cannabis on cancer patients, and with the Universidad Nacional del Nordeste (National University of the Northeast), which is studying the use of hemp fibre in the textile industry.

Sergio Massa: from buying time to running out of time 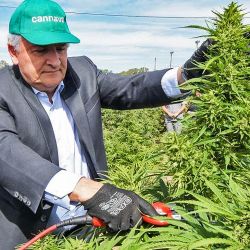 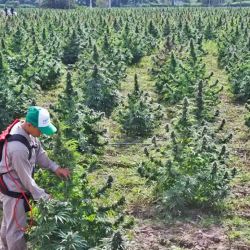