It's seven o'clock in the morning on Bolivia's altiplano, and through the morning fog is visible an uneven carpet of thousands of potatoes, spread out in front of a water tank near a house.

It's a common sight at farms in Machacamarca, a small village to the south of La Paz.

"This is how we make chuño," says Prudencia Huanca, 52, referring to a traditional dehydration practice which allows potatoes to be eaten decades after they are dug up – without losing their nutritional properties.

Huanca and her husband Egberto Mamani, 56, produce chuño from the potatoes they grow on a small piece of land about an hour from the capital.

Chuño comes from the indigenous Aymara word Ch'uñu. It is also practiced in Peru, but its origins are uncertain.

Before the pandemic, this farming couple worked in tourism in La Paz, but that work dried up when restrictions to halt the spread of Covid-19 were imposed. So they returned to their home village to take up a family tradition.

"I still have my parents' chuño. They died more than 20 years ago but it remains preserved," said Mamani. 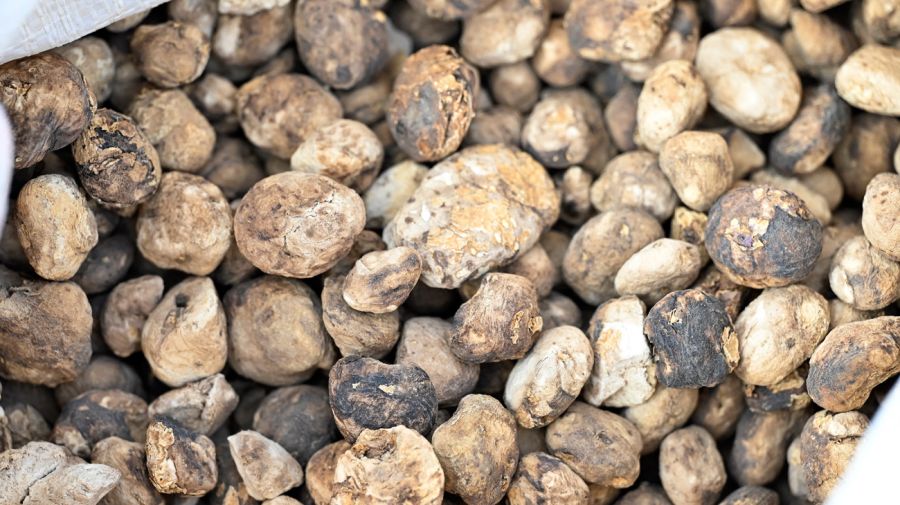 Archeologist Jedu Sagárnaga believes this conservation method was developed "probably during the Formative Period" from around 2,000 to 200 BC.

As the sun rises and fog dissipates in Machacamarca, Huanca and Mamani spread at least 10 different potato varieties over sacks on the ground.

It has been a tough growing season for them.

"The frost wiped out everything," complains Mamani.

If temperatures drop to below zero before winter arrives, the potatoes die before they are ready to be harvested.

Before deciding which potatoes to conserve for the long-term, the couple first pick out some for immediate consumption or to use as seeds for the following spring. 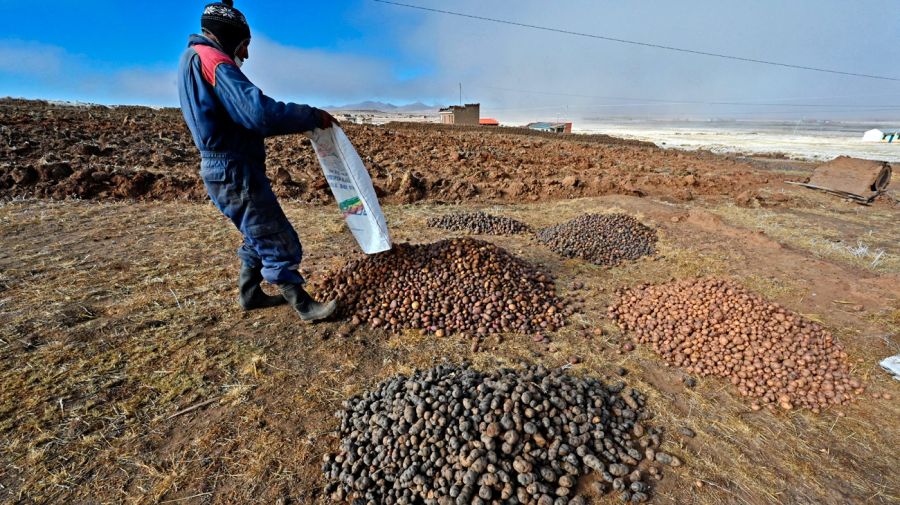 Once potatoes for chuño have been chosen, the couple lugs them down a hill to the field where they are left for three days to freeze overnight and dry out during the day.

That way they dehydrate and shrink – the key to longevity.

But even after three days, some water still remains in the potatoes. So Huanca and Mamani wash their feet in a bowl and then take turns stomping on them, much like winemakers crushing grapes.

It's a communal activity, and neighbours come over to help, chatting in their Aymara language.

Some stomp on the chuño while others peel potatoes.

The next step sees the potatoes returned to the field for about two weeks, enough time for the so-called "mummification" process to be completed.

The chuño process takes three weeks in total, after which the potatoes have become dark brown or even black.

These are left in permeable plastic bags in a river or lake, sheltered from the sun, for 20-30 days. 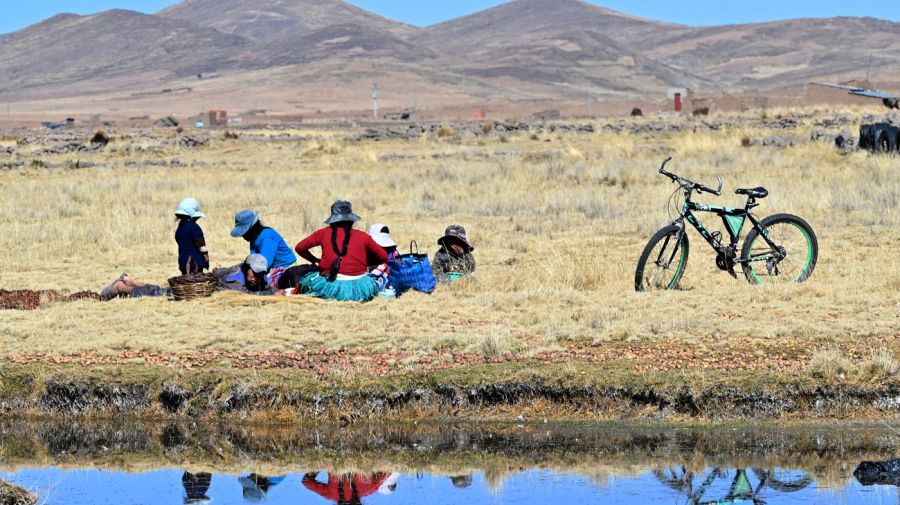 "The secret for good chuño is that it has to be a gritty and sweet potato," said Huanca. She says she learned the technique from her great-great-grandparents.

Chuño is cultivated in June and July, during the southern hemisphere winter when temperatures drop low enough – minus five degrees Celsius (23 Fahrenheit) – for the potatoes to freeze in the open air.

The altiplano lies at 3,900-metres altitude, where daytime and nighttime conditions contrast sharply, allowing nature to perform a process that requires industrial freeze-drying in lower-lying lands.

This technique shrinks the potato to a fifth of its original size, making it easier to store and transport, while also creating resistance to insect infestations.

Chuño is kept in a dry place until it is ready to eat, when it is soaked for a few hours and then boiled for five minutes.

In an inhospitable region where the window for cultivating the land is short, residents are able to eat chuño all year round.

It can be served in a variety of styles, but is usually eaten as a snack during long work hours in the fields.

Huanca and Mamani lay their table ready for lunch: chicken with plantain and potatoes roasted in a clay oven, and some 10-year-old chuño.

Soft, brown and bitter, Mamani is not a fan of the taste, but he values substance over flavour.

"We make chuño so we're never lacking food," he says. 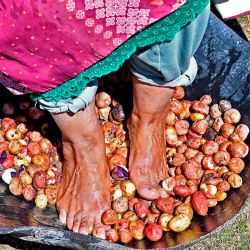 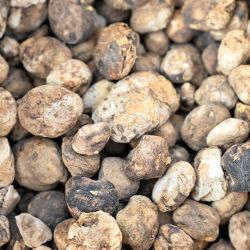 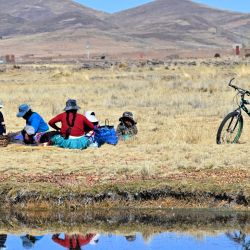 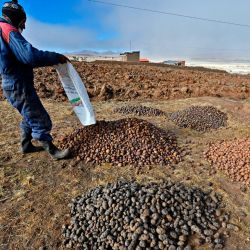