The Paraná, with the world’s 10th largest river basin, has dropped to its lowest levels in over half a century – an enigma as to whether the causes respond to a natural cycle or climate change with uncertain long-term effects.

Second only to the Amazon in length in South America, the Paraná has been shrinking in volume since 2019, falling to minimum depths not seen since 1940. Experts doubt whether it will recover the exuberance which made it the main thoroughfare of Mercosur integration, even after the rainy season in December.

The decrease in recent months has become so drastic that it is affecting merchant shipping, the generation of hydro-electric power, fisheries, the tourism industry and the supply of water for household consumption and irrigation while modifying its geographical relief, water and river-bed in ways which nobody dares to venture will be permanent.

Experts are baffled as to whether this is part of a natural cycle or the result of climate change.

The Paraná is linked to the underground streams of the Guaraní water table – one of the biggest freshwater reserves in the planet. Running for more than 4,000 kilometres (2,500 miles), the river links important South American cities while its sediments feed Argentina’s fertile farmland plains.

"The Paraná is the country’s most extensive wetland with the most biodiversity and the greatest social and productive importance in Argentina," geologist Carlos Ramonell, who lectures at the Universidad Nacional del Litoral, told AFP.

Although the main branch is flowing, "only between 10 and 20 percent [of its tributaries] have water, the rest is dry," he points out.

"The Brazilian dams, deforestation and climate change have all been mentioned as causes but from the scientific viewpoint, we are not in a position to say. There’s obviously been insufficient rainfall but provoked by what?" asks Ramonell.

The Paraná is born in Brazil, meets in confluence with the Paraguay River and flows out into the Atlantic via Argentina, whose navigation is vital for the exports of landlocked Bolivia and Paraguay.

"We haven’t sailed down the Paraná since April, we’ve been transporting the merchandise overland to the River Paraguay, which quadrupled the cost," said Juan Carlos Muñoz, the director of Paraguayan shipping company Armadores Fluviales.

Some 4,000 barges, 350 tugboats and 100 container carriers are waiting for the river level to rise.

Last May an extraordinary opening up of reservoir sluices in Brazil freed the downstream passage of hundreds of Paraguayan barges but continuously lower water levels no longer permit that.

Bolivian soy exports and diesel imports have also been hit.

That has halved electricity generation at the Yacyretá binational dam (on the frontier between Argentina and Paraguay), which supplies 14 percent of Argentina’s electric power.

"The cause lies in nature. This is a process. Last year we thought we’d hit rock bottom but this year it got worse," said engineer Marcelo Cardinalli, an executive at Yacyretá, which together with Itaipú (shared between Brazil and Paraguay) make up the two gigantic hydroelectric complexes of the basin with over 50 dams.

The lower river levels have affected fish reproduction, with the animals now prevented from leaving their eggs in lagoons and rivulets separated from the mainstream by enormous sandbanks.

"To the stress suffered by the biological system by that disconnection should be added the increasingly saline content of the water," explains Ramonell.

The lower river levels have brought to the surface a trail of garbage while weeds gobbled up by the local cattle now grow where there were lagoons before.

"With a lower river level toxic chemicals like mercury and lead crystallise on the soil of the banks. When the waters rise again, those fish who suck mud will die. We will see a gigantic impact," said Ana Pirkas, who resides in the Corrientes city of Goya, famous as a tourist centre for amateur fishing, but now with visitors.

A weekend fishing ban seeks to conserve the almost 200 species contained in the river.

"Since they built the dams, the river has changed a lot," comments Ramón Acuña, the third generation of fishermen in his family.

Of the once abundant shad eels, the base of the Paraná fish pyramid which his father took out of the water, only the memory remains.

"We cannot rule out the lower river level being only a natural variation" says Ramonell who cites similar cycles a century ago when there were no dams, deforestation or global warming.

Whom to blame or what to expect for the future has no answer for now.

Don’t shed light on the dark 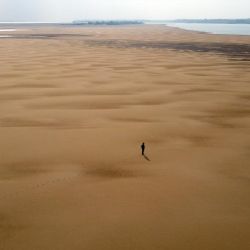 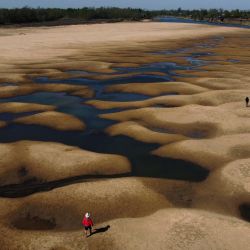 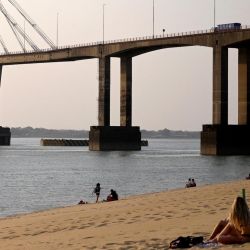 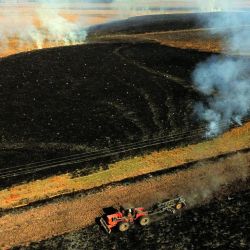 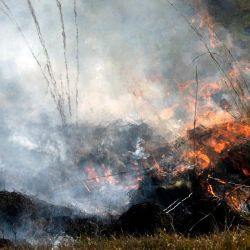 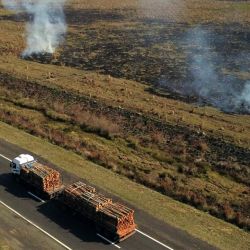 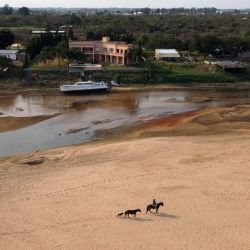 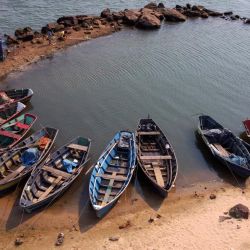 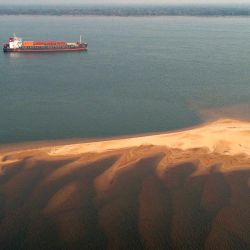 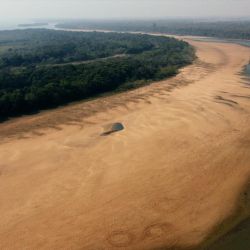 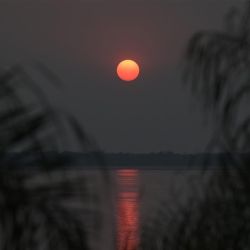 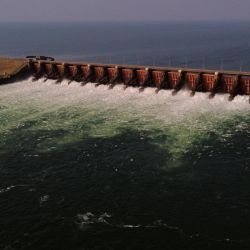 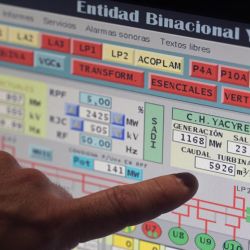