Juventus' striker had to explain himself on social media after the news went viral about him being infected with coronavirus. He clarified that he remains "in isolation" because his club teammate from Italy, defender Daniele Rugani had also tested positive.

"Hello everyone, I wanted to confirm that I am well and  decided to go into voluntary isolation. Thank you all for the messages and I hope you are well #NoFakeNews #coronavirus," he published in his official social media accounts.

La Joya clarified that he is at his house with his partner Oriana Sabatini, who confirmed on the eve that Dybala had received a call at midnight on Wednesday, informing him that Rugani tested positive.

To prevent any other cases for now Dybala decided to self-isolated himself.

In contrast, Dybala's captain with the Albiceleste, Lionel Messi, found himself with some free time after his club side, Barclona, decided to suspend training.

The club said the desicion had been taken at the suggestions of medical staff due to the outbreak.

"Given the health situation and according to the recommendations of the club's medical managers, the first football team suspends all its activity until further notice," the club said in a statement.

As sports calendars were shredded worldwide, Formula One motor racing was in turmoil with the first three Grands Prix of the season – Australia, Bahrain and Vietnam – scrapped while the blue chip Masters, the first major golf tournament of the year, was postponed.

England's cricket tour of Sri Lanka also fell victim to the virus while suspension of the Premier League until April 4 came shortly after the French Football League announced that all Ligue 1 and Ligue 2 games would be on hold until further notice.

And cycling's first Grand Tour of the season, the Giro d'Italia, scheduled for May 9-31, was also put on hold as officials feared the impact of COVID-19.

The virus, which has killed 5,043 people according to an AFP tally, is accelerating just over four months from the Tokyo Olympics' start on July 24.

Football's Premier League, with a worldwide audience of billions, was suspended after Arsenal manager Mikel Arteta and Chelsea winger Callum Hudson-Odoi were confirmed to have the disease.

"Following a meeting of shareholders today, it was unanimously decided to suspend the Premier League with the intention of returning on 4 April, subject to medical advice and conditions at the time," the Premier League said in a statement.

The decision by authorities in England and France to suspended top-flight football means that all Europe's top leagues have ground to a halt apart from Germany where matches have been ordered to be played behind closed doors. Spain's La Liga and Italy's Serie A have already suspended matches.

Stories that caught our eye: June 5 to 11

European football's governing body UEFA took a similar step in announcing that all Champions League and Europa League matches scheduled to be played next week had been postponed.

The move comes after two of next week's four scheduled Champions League last 16, second legs -- between Manchester City and Real Madrid, and between Juventus and Lyon – had already been called off.

"In the light of developments due to the spread of COVID-19 in Europe and related decisions made by different governments, all UEFA club competitions matches scheduled next week are postponed," UEFA said in a statement.

Sports across the globe have suffered major disruption because of the virus with the PGA Tour golf season, the men's tennis tour, NBA basketball, Major League Baseball and a host of top-flight events interrupted. 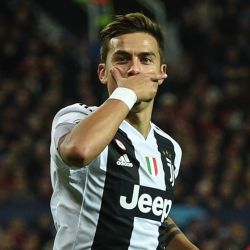 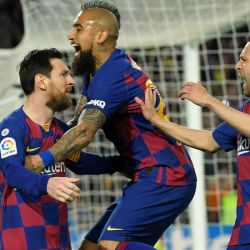