Last weekend confirmed the return of Peronism to power and the end of President Mauricio Macri’s administration on December 10. Entering the Casa Rosada instead at the end of the year will be Alberto Fernández and Cristina Fernández de Kirchner.

The result was expected, after Macri’s shock defeat in August’s primaries. But few anticipated a reduced margin of victory.

Fernandez had strutted out of the PASOs with a 16-point win, despite the fact polls had predicted a close race beforehand. After the markets and the peso plummeted in the wake of the defeat, Macri reimposed capital control measures he’d vowed never to repeat. Polling pointed toward an even bigger win for the Peronist challenger, some suggested Fernandez would win by 20 points.

Ultimately, the race was much closer — Fernández took 48.1 percent of the vote to Macri’s 40.4 percent — and the two parties, Frente de Todos and Juntos por el Cambio, yielded the largest concentration of voters within two main forces since the return of democracy in 1983.

Copper majors are taking another look at Argentina, McEwen says

In the wake of Sunday’s election, Lucas Romero, a political scientist and the director of Buenos Aires-based political consulting firm Synopsis, broke down the results for the Times, detailing what they tells us about the direction of Argentina’s political system.

What were the biggest motivating factors behind the result?

Despite the fact that the election was resolved in the first round and that we have a real return of Peronism to power, the discrepancy between our predictions and the results signals a political impact.

The first factor is the economy. The recession creates the conditions for Peronism to rise again. When the economy is struggling, the government is seen as the problem. When the economy is doing well, it reaps the rewards. For nearly 20 months, our economy has been falling. The purses of voters are affected, and this is what motivates them at the polls and therefore impacts upon electoral outcomes.

The second factor is more political. This election, there was a unification of Peronism, the like of which we haven’t seen in years. When you count the votes that have gone to Peronist candidates in presidential elections, they receive, collectively, somewhere between 50 and 60 percent. That means when Peronism unites behind one candidate, the voting share for that single party leader will be very high.

Why did Peronism unify?

On one hand, the economic situation favoured the opposition. However, the other part is that the principal candidate for the opposition, Cristina Fernández de Kirchner, encountered very real limitations that prevented her from enjoying this circumstance. There are parts of the electorate and society, and not only Macri voters, who reject her and what she represents.

The primary opposition candidate needed to be someone who didn’t have this “low ceiling.” They needed to capitalise on all the anger that many people felt toward Macri and the economy.

Cristina [Fernández de] Kirchner’s key decision wasresigning her candidacy and promoting Alberto Fernandez. She paid a price for this — not being the top candidate herself. However, it had compensation for her as well. She chose someone who was part of the genesis of Kirchnerismo, as a subject of history. Fernandez helped create it in 2000, alongside her and Néstor. He didn’t necessarily have a tremendous amount of his own power, but he had a support structure from governors in the interior of the country and an affinity for different sectors. Fernandez was also someone who, historically, worked backstage to create political consensus, and therefore was an appropriate person to construct this unity.

I believe this was not a trivial factor in why she chose to support him, and a key choice for coalescing governors and other actors within the broader Peronist movement to create a distinct, united electoral force.

Where did Macri lose the race?

The government performed especially poorly in the north. When you look at voter behaviour, you’ll find a strong correlation with wealth and economic indicators. Upper-middle to upper classes consistently vote for Macri while the lower and lower-middle classes vote for Fernandez. The composition of the Peronist vote has always been made of the poorer, more vulnerable [sectors] ... Macri voters are more motivated by ideology. However, Macri and his anti-Peronist platform did unite some historically more disparate groups, the Radical party, a more conservative wing, and the centreright.

Where did Fernandez struggle?

He didn’t do well in the central belt of the country, where most agricultural activity is concentrated, perhaps largely because they haven’t been hurt by Macri’s economic policy ... Fernandez will probably seek to hike taxes on farmers, especially export duties, and redistribute the earnings from those to people in the lower classes.

This election saw the largest concentration of voters in two political forces since 1983. What does this mean?

When democracy returned in 1983, we resembled a partisan system. The two major parties were Peronism and Radicalism. This tradition broke with the 2001 economic crisis, which generated massive frustration and anger with the political establishment. The two principal parties ended fragmented, devoid of institutional legitimacy. Beginning here, the political process was driven more by powerful figures, the emergence of individuals with electoral potential who could sway the masses.

However, the last two elections have started to show the system returning to this more partisan system, with a united Peronism and fairly consolidated anti-Peronism. Last Sunday reveals that if this unity is sustained, we will begin to move down a path towards two parties. I think this would be healthy because we can again reinforce the strength of parties, encourage consensus and create a more institutionalised system. We struggle to create agreements because political debates often take on moral or emotional tones, not just policy.

Does Macri have support beyond the “anti-Cristina” vote?

Yes, there is part of the Cambiemos [coalition] electorate that validated his agenda and prioritised his economic vision. They demand better practices and stronger institutions.

It’s also true that there are some almost exclusively motivated by their rejection of Cristina [Fernández de] Kirchner.

In the last phases of his campaign, though, Macri tried to forge a separate political identity within this group.

He wanted to be more than just a rejection of her, also a recognition of values and an international agenda that they supported. 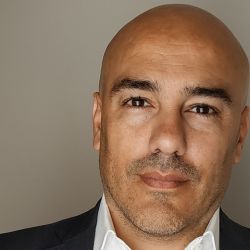 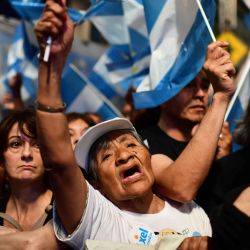