President Mauricio Macri asked Argentina to grant him four more years in power on Saturday, as he drew huge crowds of supporters to the Obelisk in Buenos Aires.

Just eight days before Argentines go to the polls, the Juntos por el Cambio leader sought to brush off polling data indicating he is still trailing rival Alberto Fernández, hailing his supporters as an awoken force.

"This is the rebellion of the people of peace who do not want violence, but who are not willing to be walked over again and again," he declared in a speech from the stage.

The government had asked for a million people to flood Avenida 9 de Julio, the capital's main thoroughfare, in order to build momentum ahead of the crucial October 27 vote. Officials briefed that the turnout had been close to that figure, although an estimate by the La Nación newspaper put the figure close to 320,000.

The crowd was dominated by supporters holding '#SíSePuede' and anti-Kirchnerite signs, as well as huge amounts of Argentine flags.

Groups of Venezuelan immigrants and refugees were also part of the demonstration. In his speech, Macri greeted them and praised the arrivals, saying they "defend our same values ​​of respect and freedom, which unfortunately they have lost in their country."

Macri is seeking re-election next weekend after slumping to a heavy 16-point defeat in the August 11 PASO primaries. Peronist hopeful Alberto Fernández – whose running-mate is polarising former president Cristina Fernández de Kirchner – is the favourite to emerge victorious.

"We are going to turn around the election and the future of Argentina," Macri told supporters from the stage, flanked by his running-mate Miguel Ángel Pichetto and wife Juliana Awada. "We need you to join with us to build the Argentina we dream of."

Macri, whose chances are threatened by a deepening recession, runaway inflation and a rise in the poverty rate, is seeking to reanimate his base and attract new voters. However, experts remained sceptic over the potential impact of Saturday's event, despite the large turn-out, which prompted Macri to delay his speech by over an hour.

"This act has an identity-like symbolic effect but I don't think it adds electoral volume. They have always appealed to the individual voter. Now they are looking to make it visible as the collective," said Diego Reynoso, a professor at the Universidad of San Andrés (Udesa).

Reports: Messi to move to MLS after PSG, acquire 35% of Inter Miami

The president will close the campaign next Thursday in Córdoba, a location that clinched him victory in 2015, when he defeated Peronist Daniel Scioli by 51.33 pecent to 48.66 percent.

"The problems we had to solve were much deeper than we imagined," Macri told the crowd, asking for their vote. "Solving them takes time and you know it. But today we are better off to grow, because we build solid foundations." 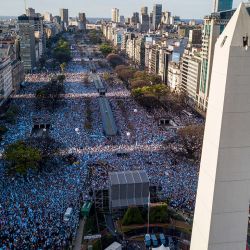 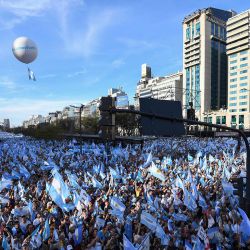 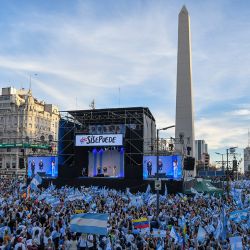 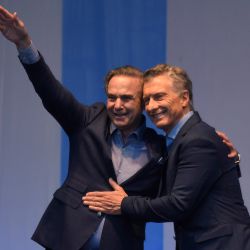 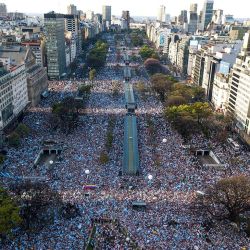