Legendary cartoonist Joaquín 'Quino' Salvador Lavado, the creator of the iconic comic strip Mafalda and its eponymous character, has died aged 88, his publisher confirmed on Wednesday.

"Quino has died. All good people in the country and in the world will mourn him," Daniel Divinsky, the head of Buenos Aires publisher Ediciones de la Flor, wrote on Twitter.

Under his pen-name "Quino", the cartoonist created Mafalda in 1964. The strip became popular in newspapers across Latin America, Europe and much of Asia before being turned into books.

Quino was born in Mendoza in 1932, the son of Spanish immigrants. He studied at the city's college of fine arts before having his first cartoon published at the age of 18.

He created Mafalda – an irreverent six-year-old who hates communism and soup and loves The Beatles – for an advertising campaign for electrical appliances.

In the series, Quino reflects the world of adults as seen through the eyes of a group of children, with ironic, non-conformist Mafalda the central character.

Following the military coup in Argentina in 1976 that ushered in a brutal dictatorship, Quino fled to Milan, before becoming a Spanish citizen in 1990. He has lived alternately in Madrid, Paris, Milan and Buenos Aires. 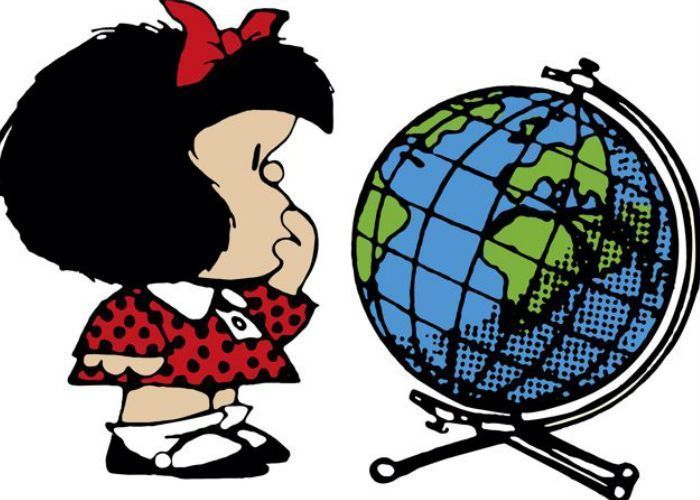 The humourist maintained a dedicated following throughout his career even after he moved onto other projects beyond Malfalda, skewering social conventions through ordinary characters who endured absurdity, exploitation, authoritarianism and their own limitations.

Quino, who had suffered health problems in recent years, was remembered affectionately by Argentina’s political class, which was frequently the target of his acerbic humour.

Vice-President Cristina Fernández de Kirchner, a former two-term president, uploaded a video to Twitter in which Quino had wished her good luck in governing. Fernández de Kirchner said Quino had “said things that could not be said” — a reference to censorship during Argentina’s military dictatorship in the 1970s and 1980s — and that he “challenged society with great strength.”

Apart from numerous international prizes for graphic humour, he was awarded Spain's prestigious Prince of Asturias award for Communication and Humanities in 2014.

Quino was “creator of the unforgettable Mafalda and one of the most international cartoonists in Spanish,” the Madrid-based Royal Spanish Academy said. “His precise words travelled to both sides of the Atlantic thanks to his cartoons and his peculiar sense of humour.”

Soon after news of Quino's death was made public, fans and celebrities across Argentina rushed to pay tribute to the master on social media.

"Farewell to one of the brightest minds [and hearts] in our country. Thank you for everything, Master!," wrote neuroscientist Facundo Manes.

Esteban Bullrich: ‘The grieta chasm is a decision – you have to choose dialogue and not battle’

Stories that caught our eye over the past seven days: May 6 to 13

'We must continue to remember this story,' say makers of new José Luis Cabezas documentary