The Venice Film Festival’s red carpet has been streaked with light blue and white in recent days.

First with filmmaker Mariano Cohn joining the competition’s jury chaired by Julianne Moore. And also with Griselda Siciliani, who arrived there as a star of Bardo (o falsa crónica de unas cuantas verdades) by Mexican director Alejandro Iñárritu. Then last weekend director Santiago Mitre projected his first work abroad: Argentina, 1985, a film about the famous trial of the military juntas starring Ricardo Darín, Peter Lanzani and Alejandra Flechner, among others. The trio were also in Venice to accompany their film, which is competing for the Golden Lion, the festival’s most important prize.

The official website of the 79th Venice International Film Festival says that Argentina, 1985 “is inspired in the real story of the prosecutors Julio Strassera and Luis Moreno Ocampo, who dared to investigate and place on trial Argentina’s bloodiest military dictatorship in 1985 [Ed.: less than two years after the return of democracy with the Raúl Alfonsín Presidency]. Without being intimidated by the still considerable military influence within the fragile new democracy, Strassera and Moreno Ocampo assembled a young legal team of unlikely heroes for their battle of David against Goliath. Facing constant threats against them and their families, they entered into a race against time to ensure justice for the victims of the military junta.”

For his part, Santiago Mitre, describing his film to the festival organisers, said: “I still remember the day that [prosecutor] Strassera closed his accusation: the din in the courtroom, the emotion of my parents taking the streets to celebrate something more than a game of football for once, the idea of justice as an act of healing. The 1985 trial obliged the Argentine courts to recognise and meet a long delayed demand. While researching, I stumbled across some aspects hitherto unknown to me – the antecedents of the prosecutors, the young and inexperienced team, a region still in the grip of dictatorship. This story resonated in me, triggering my desire to make a film about justice, deepening a cinematic and political quest like never before in my previous films, this time based on real facts.”

Days before flying to Italy for the festival, Santiago Mitre sat down for an exclusive interview.

How did you come to want to make a film about the trial?

I had plenty of admiration for the 1985 trial and it was something on which I’d been wanting to work on for a very long time. My mum worked in the judicial system for many years, I knew [ trial prosecutor Julio César] Strassera and there were many things which I brought to the table, both due to my family history and personal interests. I’d been making films tackling power and politics from different angles and it seemed to me a good next step to make a film about justice. And then the 1985 trial showed up on the horizon as a kind of lighthouse. I had never worked on a historical film before, for me it was an interesting challenge to make one based on a real story. From the moment I took the decision to make it, I realised that it had all the elements to make a very interesting film with enormous cinematic and human topics which surprised and stimulated me. The process of writing and researching it was beautiful, a big learning curve. I’m convinced of fiction’s capacity to transmit reality. My work and that of Mariano Llinás, my fellow-scriptwriter, and the whole research team was to read, interview and investigate for two years or more. Once we thought we understood the process culminating in the Trial of the Juntas, we began to write. At that stage we decided that we are going to make a fictional film based on real facts so we had to forget what we knew and try to write as though we understood those persons we were representing, wrapping our skulls around telling a vibrant, interesting and deep story. We did not want to be excessively respectful but to understand that our job as film-makers was to make good cinema while respecting historical rigour.

The Trial of the Juntas is perhaps the most important moment in Argentine history since the return of democracy. Did the symbolic importance of what you were doing sink in at any stage?

We had the good luck that the Sala de Audiencias courtroom [in the central courthouse] is practically the same as in 1985 and we could film there. The day when we filmed one of the first fictionally reproduced testimonials [the film presents them in both fictional and documentary form] was the testimony of Adriana Calvo de Laborde. When she began her testimony, the whole team was crying. Afterwards, as can happen in cinema, that scene was repeated many times, too many times. There was one person who was still crying after Take 15 – we stopped to eat, returned and one of the extras was crying and crying and we did not understand what was going on. The actress Laura Paredes got up and the extra approached and embraced her, saying that he had been a student alongside Adriana and had felt that he was seeing her all day. It was like reliving a trauma in time travel with very clear recall. 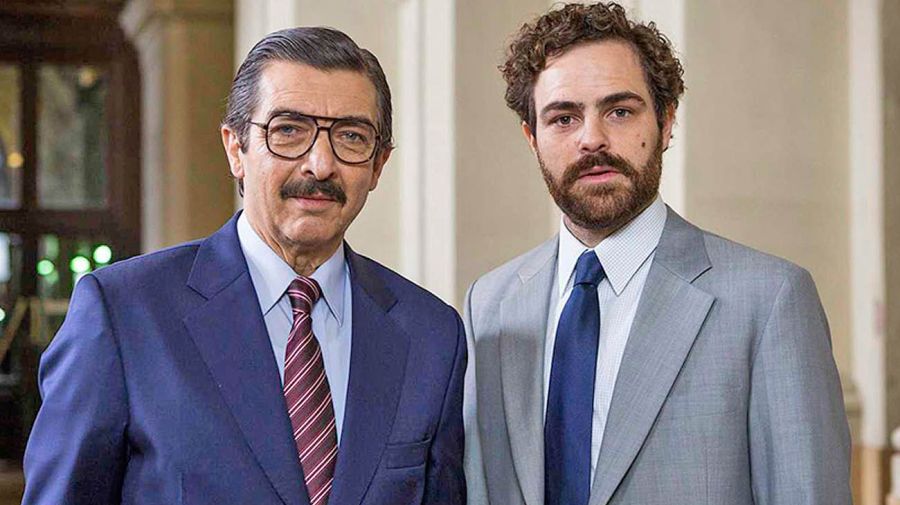 How was your relationship with those people who are still alive and were part of that moment?

We began by talking with journalists who had covered the trial like [Martín] Granovsky, [Sergio] Ciancagliani, [Horacio] Verbitsky and Claudia Acuña… I wanted to understand the context. I talked to politicians whom I’m not going to mention, some of whom held important posts in that government [of Alfonsín]. Then we went to talk to the protagonists, Luis Moreno Campo and members of the prosecuting team, the judges, the survivors and some of the people who testified in the trial. We read everything published in that period like the Diario del Juicio [Ed: edited by Perfil] – I have it in its original edition and its re-edition – and those tapes which we used for the textual interventions of the prosecutors and the defence lawyers, including part of the testimony.

How did you pick your actors, given you had Ricardo Darín and Peter Lanzani, and how was it decided to focus the film on the prosecutors?

We realised that via the prosecutors we could narrate the trial at a contemporary level to address those born after 1985. There was something in the make-up of the prosecution, due to the age of Luis [Moreno Ocampo] and the people working as his assistants who were all very young. That seemed to us a way of reaching those people who did not know what the trial had been like. Darín and Lanzani were the two people whom we, along with the producers, thought could interpret their personalities. Indeed Ricardo [Darín], who plays Strassera, is one of the producers and for Moreno Ocampo we rapidly summoned Peter Lanzani because he seemed to us one of the most interesting actors of his generation. Then my sister Mariana Mitre, who is casting director, said: “We already have Peter and Ricardo, now let’s go looking for actors whom people do not recognise so easily because we have to transmit much truth.” That is why we could not put a known face on Pablo Díaz or Adriana Calvo de Laborde.

We are talking about a trial, something pretty technical and monotonous, but at the same time it makes one of the most thrilling cinematic moments possible, par excellence.

We were lucky that it was virtually a cinematic genre, a court thriller. That helped us to use determined tools to be able to narrate these real facts, maintaining the tension and interest. Trial films typically close with the defence lawyer or the prosecutor standing up, striding around the courtroom and putting on a whole show. Strassera was sitting down reading a piece of paper. How can we narrate that and make it interesting? At one stage there were people telling me that he ought to stand up because that’s how it’s done in cinema. I said no to that if Strassera was seated. As far as we can, we make use of the traditional elements of cinema but at the same time we’re true to history.

Is it an Amazon production?

It is produced by La Unión de los Ríos and Kenia, who are both Argentine producers, and Amazon, who are co-producers of the film.

What changes does it make working with a monster like Amazon?

In principle, they were good monsters who understood the film and gave us creative freedom. They had the intelligence to realise that we were the ones who understood what happened in 1985 and they gave us the resources to put it across in the way we wanted and now launch it with a worldwide structure.

Does that level of invitation make you think of competing for an Oscar?

The Trial of the Juntas moves me and I think that is something which this film gives the public, both at home and abroad (given that everybody is so polarised) – there are determined civic deeds which manage to unite people via what is good and that is the path. This film represents the possibility of unifying via what is good and just. I think that this film will have a good dialogue with these times. 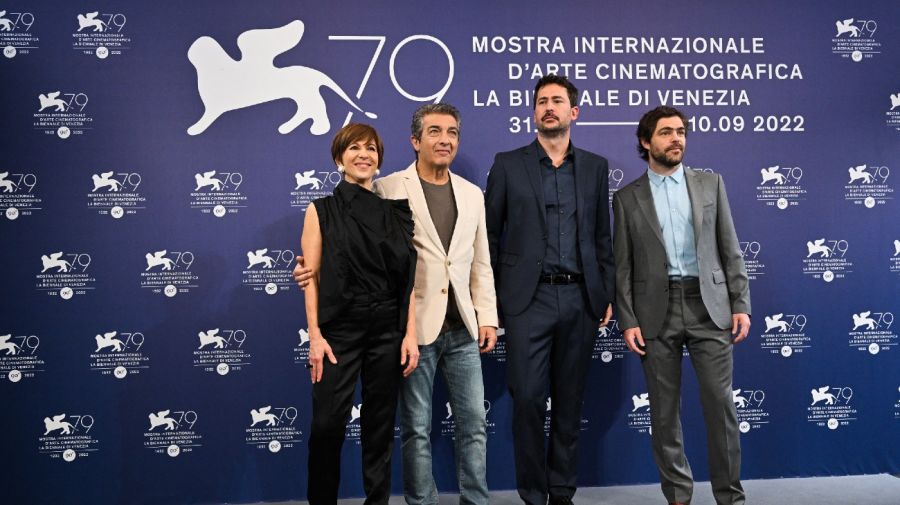 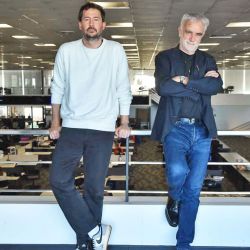 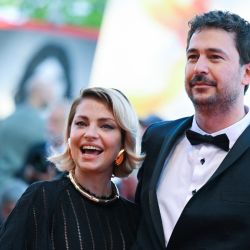 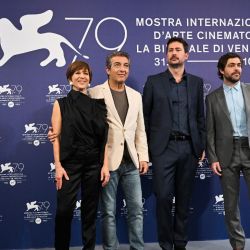 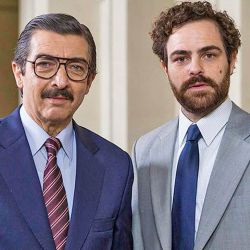