Nowadays, Buenos Aires is no longer just tango and San Telmo. The tourist circuit designed for foreigners in the nation’s capitals is getting larger, taking in more of the City’s charming neighbourhoods, gastronomic and cultural proposals. Producers, restaurant and hotel owners and PR professionals know this too and every month new places are being added to the capital’s "must-see" list. It just so happens that – in a year of international shows and mega premieres taking place in Buenos Aires – taking a global star along to a new hotstop is a very effective marketing strategy. The new Buenos Aires experience combines luxury with tradition.

Since the turn of the year, Buenos Aires has again become a destination for celebrities from the world of cinema and music. With the end of the restrictions introduced due to the coronavirus pandemic, actors filming and presenting new projects and musicians performing mega-concerts have returned. And while visiting, in their free time, artists want to go out and about.

Of course, not everyone likes the same thing. And for this reason, those close to the visiting stars plan operations to organise itineraries tailored-made to their requirements. Those who face the most difficulties are the ones who dream of being an unknown tourist. Despite the best efforts of their representatives to organise anonymous outings, someone always recognises them, takes a photo of them and uploads it to the social networks.

This is what has just happened, for example, to Dr. Strange and Sherlock star Benedict Cumberbatch earlier this month. The British actor arrived in Argentina to accompany his wife, theatre director Sophie Hunter, who will premiere two operas at the City’s famed opera house, the Teatro Colón. Cumberbatch strolled around Plaza Armenia in Palmero, camouflaged in a hat and cap, but did not manage to go unnoticed.

At the other end of the scale are those who enjoy or are unable to escape the exhibition, such as Dua Lipa, Rosalía and Matt Damon, three of the international celebrities who toured restaurants and tourist attractions in Buenos Aires surrounded by entourages of fans. Far from hiding, they preferred to take photos with their fans and chat with everyone who approached them.

El Preferido de Palermo came onto the radar of many over the past month after both Rosalía and Dua Lipa were seen leaving.

The owner of this typical porteño bodegón, Pablo Rivero, is used to receiving celebrities and knows how to deal with the situation. He is also the owner of the emblematic parrilla Don Julio, another place often chosen by artists, politicians and businessmen and where Matt Damon also dined a few days ago. "They find something that is difficult to find: intimacy," Rivero told Noticias.

At his other two venues, the rule is to respect the artist's decision. "We work hard so that there are no leaks to the press. The idea is that the personality spends a moment as just another person. They will decide if they want to expose themselves or not, but it's not up to us," he added.

The vast majority of artists chose to stay at the Four Seasons while in town. This year's guest list has included musicians such as Green Day, Demi Lovato and Dua Lipa, among others. Not all names are leaked in advance and the same rule operates as in restaurants that cater to the stars.

"If the person wants to say they're here, that's their decision, but we can't say anything," the hotel told Noticias.

Those who run the hotel argue that they manage to combine two fundamental things and that is why they are chosen: the traditional service of a five-star hotel with the fun and offerings typical of a boutique hotel. In their facilities they have two gastronomic options, for example: Elena, famous for being the only restaurant from a hotel included in the Latin America's 50 Best Restaurants list, and Nuestro Secreto Restaurante, a gourmet grill where celebrities like Robert de Niro or Rod Stewart have eaten. "If you don't want to leave the hotel, go downstairs and you can try Argentine beef, empanadas or the goat provoleta," they explain.

For those who do want to go out, the hotel’s concierge area offers a list of options. "We give them alternatives, according to their profile and what they like to do. Before they arrive, we do some research on their preferences and we don't recommend the same places to everyone," they said.

Outside the hotel, word of mouth works very well. So says the owner of El Preferido, which is why Dua Lipa ended up at a Palermo pizzeria, Napoletana, and Damon at Las Violetas ‘bar notable.’

The El Ateneo bookshop, formerly a theatre, was one of most popular cultural spaces chosen by visiting stars in 2022 – Rosalía and Dua Lipa were recently photographed there.

“They knew about it. But the truth is that almost all” of the big stars went there,” said a person who collaborates on putting together itineraries. “Sometimes big operations are set up so they can go without anyone recognising them.”

The MALBA (Museo de Arte Latinoamericano de Buenos Aires) museum has also joined the list of “must-sees” thanks to its new Frida Kahlo exhibition. The gallery has always been a reference point for Buenos Aires’ art scene but the popularity of the world-renowned Mexican painter has pushed it higher up the lists for those visiting. Those tours, for now, have managed to remain secrets.

The fairs that take place in La Boca and San Telmo, of course, continue to part of the tourist circuit too. However, open-air outings have added other spots too, ones that – until not so long ago – were options taken only for locals. Rosalía, for example, toured the Japanese Gardens and posted images on social media.

"More and more people are asking us to visit other kinds of places. Now we are adding, for example, the option to spend a day on an island in Tigre. A few years ago it might not have been the place that would have been proposed to a Hollywood star, but now the Delta is an excellent option," said a source close to the celebrities.

'Argentina, 1985' nominated for best international film at the Oscars

'I was there': Souvenirs of pro-Bolsonarista riots on sale in Brasília 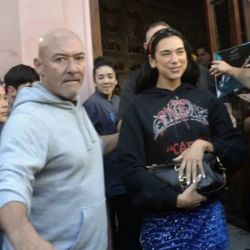 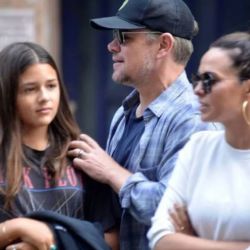 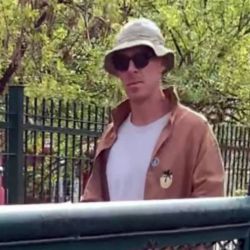 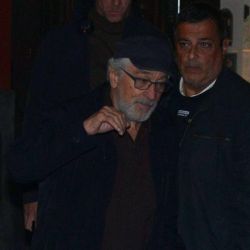