MSU Energy’s benchmark notes, among the junkiest of junk credits, have returned 17 percent this year, 20 times the average for corporate securities from developing nations. Even after the rally that began when the bonds touched 35 cents in May 2020, they still yield a whopping 14 percent, a stand-out in a world where the typical rate for sub-investment-grade debt is near 3.9 percent.

Of course, those sorts of potential payouts don’t come without substantial risk, and the Buenos Aires-based electricity generator has plenty of that. Not only does MSU operate in a country that creditors have called “a virtual wasteland” after a string of sovereign defaults, its only customer is a leftist government broadly considered by investors to be an unreliable partner. The threat is that at some point a cash-strapped Argentina will blow up the lucrative, dollar-linked contacts that have made MSU such a sweetheart among international bondbuyers.

But Pablo Ferrero, MSU Energy’s executive director, is adamant that the government has never given any indication the agreements – most of which run through 2027 and 2035 – are under threat. With three new state-of-the-art thermal plants operating at full capacity since November and a management team focused on paying down debt, the outlook is downright rosy, he says.

“Changing the contracts would affect a lot of institutional foreign investors, which is quite complicated for a country that’s faced claims in foreign courts,” Ferrero said in an interview at the company’s gas fired General Rojo power plant 200 kilometres (125 miles) northwest of Buenos Aires. “It would be pushing a very sensitive button.”

Investors seem to think so too, and the company’s financials are improving. MSU’s earnings before some items surged 80 percent in the first half of the year, according to Chief Financial Officer Hernán Walker.

“We’re beginning the deleveraging cycle,” Walker said. “It’s what investors like: being able to have visibility and predictability in cash flows.”

Predictability isn’t a word used often in Argentine financial circles, where investors have been burned by three sovereign debt defaults this century alone, not to mention capital controls that restrict access to dollars, inflation running at about 50 percent a year and a shrinking economy.

But MSU has had an incredible run of defying the gloom. MSU Energy got its start in 2013 when the company’s namesake, Manuel Santos de Uribelarrea, expanded the family business from farming soy in Argentina’s Pampas into power generation. In 2016, it won a contract from former president Mauricio Macri’s administration to build three gas-fired plants to bolster the power grid, and then won another tender the next year to upgrade those sites. 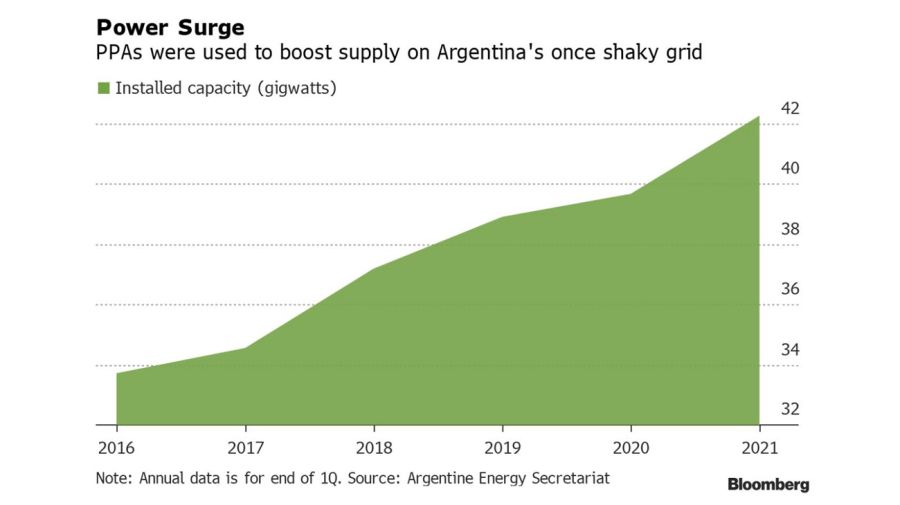 The first contract, which accounts for about 81 percent of MSU’s revenue, pays the company just for keeping its plants online as a backstop for periods of high demand. The remaining revenue comes from the second contract as a variable payment adjusted for the plants’ output.

​The company sold bonds to refinance its early commercial debt and fund its upgrades in January 2018, just months before Argentine corporate borrowing costs surged in the wake of growing pessimism about the economic outlook. MSU then scored a lucky break by refinancing its debt in May 2020, months before the government tightened capital controls and barred companies from accessing dollars needed to pay debt unless they had already pushed back over half their upcoming payments, which MSU had just done.

The company’s management team says 2021 is an “inflection point” and it will soon begin paying down debt. First up, the remaining half of a US$103-million commercial loan from General Electric. In November, the company has US$25 million in principal due, the first amortisation on US$250 million of bonds maturing in 2024. The company’s benchmark notes are US$600 million in bonds that mature in February 2025.

Still, never far from investors’ minds will be the possibility the company could see its contracts to produce power, known as PPAs, ripped up by the government. Cutting all of Argentina’s thermal-power PPAs by 25 percent could save the government $US800 million a year, according to Ezequiel Fernández, an analyst at Balanz Capital Valores in Buenos Aires.

“There’s more risk than the bond price reflects,” Fernández said. He cited comments by President Alberto Fernández in March about the need to de-dollarise energy prices.

And MSU already faces payment delays, with the government-run off-taker Cammesa running 80 days behind, on average. MSU has enough working capital to manage, and has about US$40 million in credit lines from local banks to cushion the impact, Walker says.

“Messing with the dollar PPAs wouldn’t be the rational thing to do,” said Roger Horn, a senior strategist at SMBC Nikko Securities America in New York. “But then again I’ve stopped expecting rational decisions from the current administration.”

There’s also no precedent for reneging on a PPA in Argentina, even under far more expensive contracts struck in the last decade. And in a country where public utility prices are kept artificially low by government subsidies, there may not be political will to pass higher utility prices to the people ahead of the legislative elections in October, Horn added.

​“We have no indication, or have ever had any conversations or messages that broached this topic,” Ferrero emphasises. 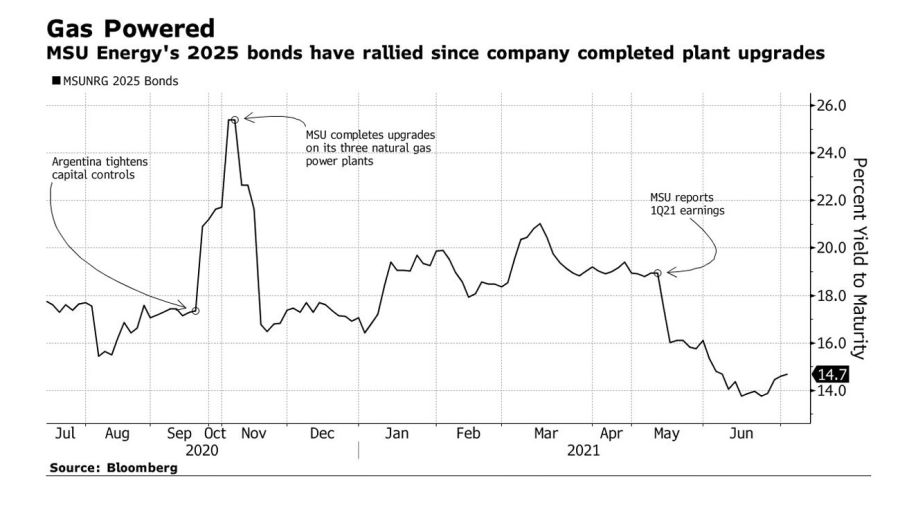 ​MSU executives are keeping their eyes open for the next time the government tenders for additional power generation contracts. That might not be for another two or three years, said Ferrero, as the economic downturn and the pandemic have curbed electricity needs. Still, when that time comes the company will look to participate. It’s also on the lookout for opportunities to grow through mergers and acquisitions.

“We’re local and we want to stay in the sector and be a part of the future,” Ferrero said. “We want to be at the dinner table and be the ones that eat, not the ones that are eaten.” 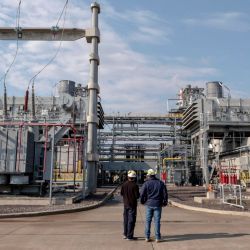 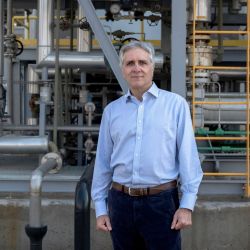 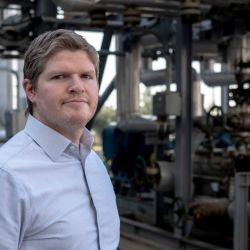 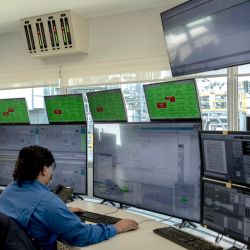