Over a week of deadly unrest has plunged Ecuador into crisis, with clashes, looting, blockades, hundreds of arrests, a state of emergency declaration, stalled economic activity and government operations moved out of the capital.

The protests erupted over an end to subsidies that kept fuel prices low, while Ecuador also seeks US$4.2 billion in credit from the International Monetary Fund aimed at bolstering the economy and generating jobs, but protesters say the government is selling out the poor.

Here's a look at key players in the conflict:

Lenín Moreno, 66, holds a degree in public administration from Central University of Ecuador and has worked as a teacher and in tourism promotion. Unable to use his legs since being shot in a robbery in the 1990s, he relies on a wheelchair and was named a UN special envoy on disability and accessibility in 2013.

Elected president in 2017, Moreno inherited large public indebtedness from his predecessor and has been trying to address economic problems resulting from that. His actions have included cutting government spending, such as ending the US$1.3 billion in annual fuel subsidies, and turning to international institutions such as the IMF for credit.

In announcing the fuel subsidy cut, he said he would propose legislation for a special three-year tax on companies with annual revenue over US$10 million, with the funds to go to education, health and safety. He said he aims to generate "more work, more entrepreneurship and better opportunities."

World Bank: 40% of households in Argentina lost income during pandemic

Moreno was long an ally of then President Rafael Correa, including serving as vice president in the first part of the 2007-2017 administration. But after assuming the presidency, Moreno has sought to take Ecuador in a different direction from his leftist predecessor, governing as more of a moderate and mending fences with business leaders and other sectors with which Correa warred. Today the two men are bitter foes.

Rafael Correa, 56, is an economist by training who holds masters' degrees from universities in Belgium and the US in addition to a doctorate in economics from the University of Illinois. He won election in 2006 as one of the "pink tide" of left-leaning presidents rising to power in South America.

As president he pushed a "citizens' revolution" with generous health and social programmes, winning plaudits from the country's poor. His two terms in office were a period of relative political stability for a country with a history of coups and presidential resignations. But Correa also fought with the business community, journalists, environmentalists and indigenous groups.

He was a staunch supporter of Venezuelan socialist presidents Hugo Chávez, Nicolás Maduro and other "pink tide" leaders.

Now living in Belgium, where his wife was born, Correa has called Moreno a "traitor." He faces an arrest warrant in Ecuador for purported corruption. A 2017 referendum successfully pushed by Moreno barred presidents from serving more than two terms, reinstating limits Correa had removed from the Constitution.

Correa dismisses Moreno's allegation that he is conspiring with Maduro to destabilise Moreno's government as "nonsense" and "ridiculous."

Those in the streets include everyone from transportation workers to union members to students to indigenous people. Many have been marching peacefully. Others have been clashing with police, attacking riot vehicles with clubs and stones amid billowing tear gas.

On Thursday, some took some police officers captive and put them on a stage at a Quito cultural centre where indigenous protesters are based, defying offers of dialogue by the government, which is floating farm aid and other incentives to try to solve the crisis.

Indigenous leader Jaime Vargas vowed Thursday in remarks to supporters that "with the blood of our brothers, we won't negotiate."

He also rejects allegations by Moreno that he was behind an attempted coup in Ecuador.

Maduro, nevertheless, has weighed in on the conflict, saying Ecuadorians are in the streets because "the IMF wants to impose on Latin America its exclusionary model, generator of misery and poverty." He urged Moreno to "reverse that economic package and talk to the people."

The Venezuelan leader has been facing even more severe problems in his own country: an economic meltdown, hyper-inflation, widespread shortages of goods, and an exodus of millions of his countrymen.

Earlier this year, opposition leader Juan Guaidó and the opposition-controlled National Assembly declared Maduro's government illegitimate and proclaimed Guaidó president. The U.S. and about 50 other countries in the Americas and elsewhere recognise Guaidó, though the Maduro government remains firmly in control and has its own international allies.

What we learned this week: November 20 to 27 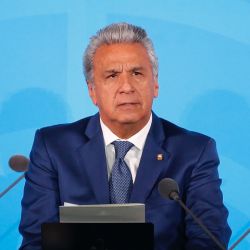 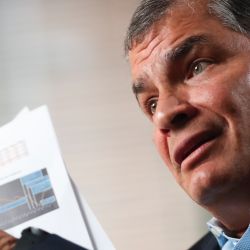 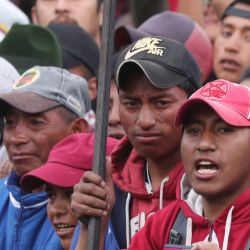 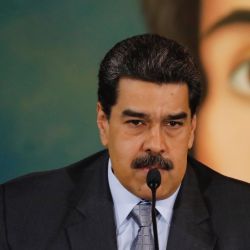