The result set off wild celebrations across the capital and other cities after voters turned out in droves to throw-out the constitution left by the regime of 1973-1990 dictator Augusto Pinochet.

Thousands of people flocked onto the streets of Santiago amid a cacophany of horn-blaring to celebrate victory for the "Approve" campaign within minutes of the polls closing.

"I never imagined that us Chileans would be capable of uniting for such a change!" said a jubilant María Isabel Nuñez, 46, as she walked in the crowd hand-in-hand with her 20-year-old daughter.

With more than half the votes counted, the "Approve" campaign had amassed 77.9 percent of the vote, with the "Reject" campaign polling just 22.10 percent. Among the 60,000 Chileans living abroad who voted in 65 nations, the vote was 86 percent for a new constitution and 13 percent against, officials said. About 15 million Chileans were eligible to vote.

Acknowledging the result, President Sebastián Piñera called on the nation to work together for a "new constitution" in a speech broadcast from his Moneda Palace surrounded by his Cabinet.

"This plebiscite is not the end, it is the beginning of a path that we must all walk together to agree on a new constitution for Chile," Piñera said.

“Today, peace has prevailed over violence,” he added. “It is a triumph of the Chileans that love democracy and peace.”

"Until now, the constitution has divided us. From today we must all work together so that the new constitution is the great framework of unity, stability and the future."

Police had fired tear gas and water cannon in brief clashes with stone-throwing demonstrators in Plaza Italia,  the epicentre of months of protests, as night fell.

However, the violence was replaced by celebration after the police retreated.

Earlier, in long, orderly lines across Santiago and in cities around the country, masked voters shuffled patiently towards polling stations to participate in the historic referendum.

The vote came a year to the day after more than one million people thronged downtown Santiago amidst a wave of social unrest that left 30 people dead and thousands wounded.

The sheer size of the October 25 march demonstrated the breadth of social discontent and proved a tipping point in demonstrators' demands for a referendum.

Within weeks, Piñera had agreed to initiate a process to draft a new constitution, beginning with a referendum to decide the fate of the current text.

"I am full of hope that things will change and that we will bring a radical turnaround in this country," said Romina Nuñez, 42, a poll organiser at the National Stadium in Santiago, the country's biggest polling station.

Thousands were voting at the vast stadium, which achieved infamy as a detention centre where military regime opponents were tortured.

Elias Pérez, a 39-year-old psychologist, said he wanted to give the place another meaning as he prepared to vote for change in a place rich with symbolism.

"To be able to exercise the right to vote in a space of profound pain, where there were systematic violations of the human rights of many fellow Chileans, and be able to generate change in this same space – is a symbolic way of paying honour and tribute to all those who are no longer with us," he said. 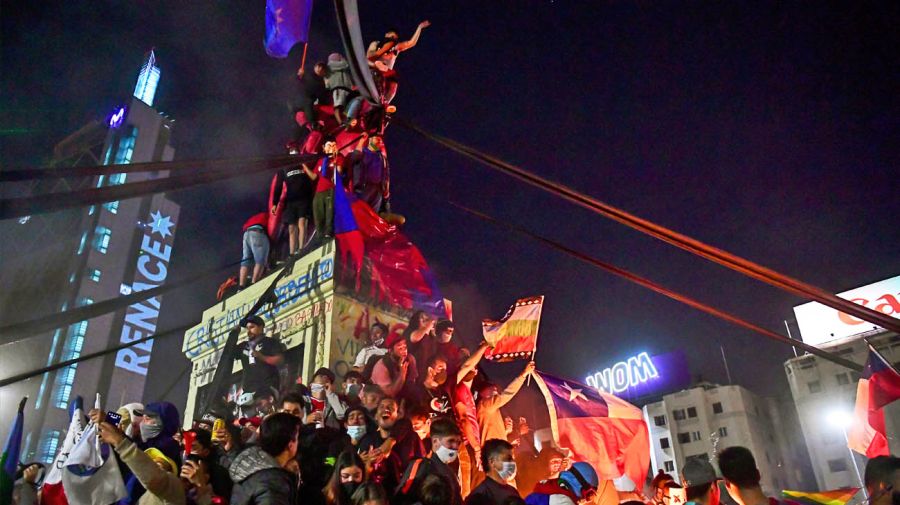 Chile's current constitution was drafted by the dictatorship of late general Augusto Pinochet, and was sent to voters at a time where political parties had been banned and the country was subject to heavy censorship.

It was approved by by 66 percent of voters in a 1980 plebiscite, but critics say many voters were cowed into acceptance by a regime that had arrested, tortured and killed thousands of suspected leftist opponents following the overthrow of an elected socialist government.

“I think that many people went to vote out of fear,” said political scientist Claudio Fuentes, who wrote a book about that plebiscite titled, The Fraud.

“The current constitution has a flaw of origin, which is that it was created during the military dictatorship in an undemocratic process,” said Monica Salinero, a 40-year-old sociologist who supports drafting a new charter.

Demand for a new constitution had been a recurring theme of the protest movement, set off by a hike in public transport fares. They rapidly turned into widespread demonstrations against social and economic inequalities – encompassing health, education and pensions – inherited from Pinochet's rule.

For those supporting change, mainly the leftist opposition parties, a new charter would allow a fairer social order to replace the persistent inequalities enshrined in the current charter.

Critics say the constitution is an obstacle to meaningful social reforms, and a new one is necessary to provide more equitable access to private healthcare, education and pension systems.

The new constitution would expand the role of the state in providing a welfare safety net, ensuring basic rights to health, education, water distribution and pensions.

Many conservatives, however, say the constitution has been key to Chile's decades of economic growth and stability and a greater state role would add pressure on an economy struggling to emerge from the Covid-19 health crisis.

They say their fears have been fuelled by the violence that accompanied the protests.

“The people have demonstrated saying they want better pensions, better health, better education. and the response of the political class” is a process that won’t solve the problems and will open a period of uncertainty,” said Felipe Lyon, 28-year-old lawyer and spokesman for the group “No, Thanks” that opposes the change.

As part of the referendum, Chileans also voted by a similar margin for a 155-member convention made up entirely of elected citizens to be tasked with drafting the new constitution. Their draft would be put to another referendum in 2022. To avoid more radical viewpoints from making it into the constitution, legislators have agreed on a clause that all articles must be approved by two-thirds of the assembly members.

The vote was initially scheduled for April, but was delayed due to the Covid-19 pandemic. Strict coronavirus protocols were in place for the vote. Voters had their hands sprayed with alcohol hand gel by marshalls as they entered polling stations, and tables, chairs and other furniture inside had been disinfected.

Officials trying to ensure voters felt safe barred infected persons or those close to them from the polls, and long lines formed at voting places. Voters had to wear masks — dipping them only briefly for identification purposes — and brought their own pencils.

Inflation is upending politics in the most unequal region on Earth 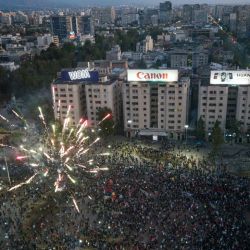 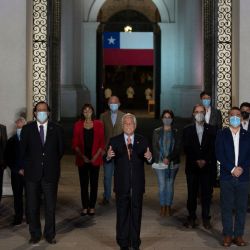 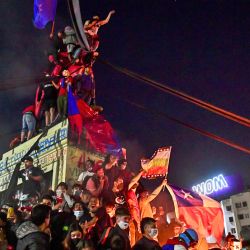 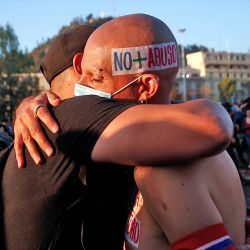 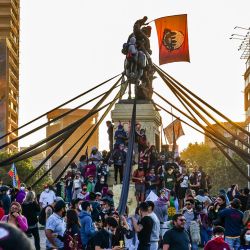 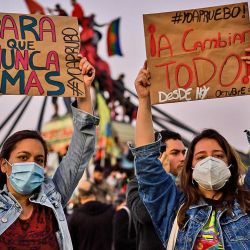 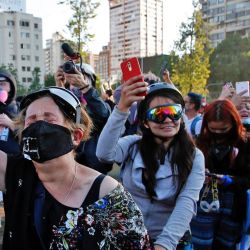 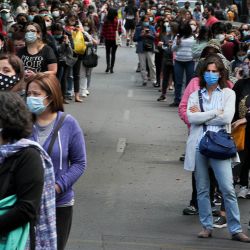