Essential public services have become inaccessible to people in Argentina with new non-binary national ID cards (DNI), complicating the lives of a community that has fought for years to be recognised and leaving them in bureaucratic limbo.

National agencies had until November 18 to update their systems to reflect the introduction of a third category — but since the 'X' on the newly-minted cards isn’t supported by the software, neither are the people holding them.

“We need an ID because it's the key to access a lot of our human rights. Well, ‘here's your key, but this doesn't open any doors’,” says Valentine Luy Machado, a non-binary activist from the Todes con DNI campaign group. “There's a lot to fix before we get like an ID, just like that.”

‘Closer to the ideal’

Machado was among the first to receive the new DNIs on July 22 earlier this year, during the ceremony announcing presidential decree N°476/21, which authorised the change.

The move made Argentina the first country in Latin America and one of a select number — including Canada, New Zealand and Australia — to legally recognise non-binary identities. The event was live streamed, with Interior Minister Eduardo ‘Wado’ De Pedro and Women, Gender and Diversity Minister Elizabeth Alcorta giving speeches alongside President Alberto Fernández to an audience of LGBTQIA organisations.

“Between what is ideal and what is possible, let’s go with what is possible because every day we are closer to the ideal,” said Fernández at the event. “We have to open our minds. There are other identities besides men and women that have always existed, but before they hid them.”

Valentine had asked for an 'X' on their birth certificate. But when they stepped up to accept their new ID, they unzipped their black jacket to reveal a poster that read “We Are Not ‘X’ — open field for everyone.” Another Todes con DNI member also interrupted proceedings to make the demand clear: they were protesting the decision of using an 'X' to denote all identities that aren’t “male” or “female,” which they argue limits the options for non-binary people to have their identities reflected on their ID.

But almost immediately after the ceremony, Valentine faced a different set of problems: they quickly realised that they were unable to schedule their second dose of Covid-19 vaccine, access their health insurance, the AFIP tax agency or AFIP social security websites, or access public mobile applications like Cuid.Ar and MiArgentina with their new ID.

“Anything that requires me to log in with my ID number and my ‘sex,’ I can't access any more,” Machado told the Times in an interview. “Even the National Registry of People (RENAPER) that carried out this measure — they issued a third gender on the ID. And yet, in order to log into their website, you have to choose one of the two binary sexes.”

It’s not just the binary “gender” options on websites: the QR code and issuance number of their new DNI aren’t recognised by systems, either.

Argentina’s 2012 National Identity Law guarantees, among other things, a national ID that fully reflects a citizen's gender identity. Given this, the trans, non-binary and gender non-conforming community have long advocated for an open field to fully express their identities explicitly (travesti, marika, no binarie, etc.); making the ‘sex’ identifier optional and/or abolishing it altogether, among other viewpoints.

For its part, the government cited international convention when establishing the ‘X’ as a catch-all category and the decree established 120 days — the November 18 deadline — for the public administration to update its systems to include the new gender option.

However, the vast majority still do not include the ‘X’ option, meaning that those with the non-binary ID are in a bureaucratic limbo in which they have to either use their old ID, if it still works, or go without government services. Machado also mentioned that websites that do now include a third gender option seemingly haven’t input their new ID, so it still doesn’t work. So they have to go in person to every agency to ask for the change to be made, if that’s possible.

“We wish it had been done the other way around, updating the systems first and then giving us the plastic card because I now have two essentially useless DNIs,” said Valentine. “It’s like we’re breaking the system, but they really broke it themselves.”

This isn’t the first time that the issuance of a non-binary ID has led to a bureaucratic limbo: before the decree, several non-binary people had managed to change the sex on their birth certificate under the Gender Identity Law (N°​​26.743). However, since systems were not prepared to include anything other than 'M' or 'F,' those changes could not be translated into a DNI.

On August 5, 2019, Tegan Mai Guanco went to their local RENAPER branch in Casilda, Santa Fe, and began the process of changing their birth certificate to say “non-binary.” Eventually, they were given a new birth certificate that said “Sex: Self-perceived.” But the actual ID card remained elusive.

“I wasn’t given a reason, I was just told that it would arrive. That it would take longer than the usual birth-certificate changes, but otherwise, nothing” said Guanco, a human rights activist and poet who uses he and they pronouns. “It’s been a long wait and a constant violation of my human rights. Our daily lives are a waiting room, literally.”

Without the possibility of being formally recognised on government systems and with an old DNI that does not reflect his current gender expression, they have been essentially living undocumented for the past two years.

“When I showed up for appointments at the local public hospital or to collect payments, I was told ‘That ID card isn’t yours.’ It’s an old ID card issued before I began my transition, so obviously the photo doesn’t look at all like me now.” Guanco explains. “It’s a real problem because it’s not only a violation of my human rights to have my name, my identity and dignified treatment — I had to justify to others that that was, in fact, my ID.”

Since their interview with the Times, Tegan has received a new ID with an ‘X,’ “but it doesn’t show up anywhere, so it’s just a formality,” in addition to feeling that the 'X' is an imposition and not what they had requested for their DNI, they explained.

Following the 120-day deadline, the uncertainty continues for Machado, Guanco and others with the new DNI. Machado had an appointment at an office of the ANSES social security on November 18 and was told that they were working on it, but that the deadline was actually 60 more days away.

“We would have to ask the ANSES directly, but national authorities can ask for extensions, in this case 60 days, especially since implementing the 'X' in bureaucratic terms isn’t easy,” said Emiliano Litardo, a lawyer and activist with Lawyers for Sexual Rights (ABOSEX) who co-authored the Gender Identity Law.

“The national administration should pay attention to this issue quickly because it’s a fundamental human right. However, the state is a huge bureaucratic machine and the time it takes to implement something new will likely not correspond to the needs and expectations of citizens.”

The Times contacted ANSES and RENAPER, but spokespersons were unavailable for interviews.

Undersecretary of Gender Public Policy at the Women, Gender and Diversity Ministry Alba Rueda echoed Litardo by describing that on entering public service in 2019, she learnt that the processes of the state are very different — particularly when it comes to information systems for public policies about gender identity.

“The decree was a starting point, not the conclusion,” said Rueda, who is also a long-time transfeminist activist and uses she/they pronouns. “Changing the systems without the decree was impossible.”

“There were nine years with a lack of public policy directed at transforming institutions to recognise gender identity as stipulated by the Gender Identity Law,” she said. “We are profoundly proud of our work.”

Rueda described the process prior to the issuing of the decree, with at least four or five meetings with community organisations following extensive work between the RENAPER and the Ministry of Women, Gender and Diversity.

“Regarding grievances, there was a pronounced disparity between the engagements before the decree and afterwards,” said Rueda. In addition, she pointed out that the controlling agency appointed by the decree was the RENAPER and the Ministry depends on people coming forward and its ties to social organisations.*

“Argentina is the second country in America that has achieved recognition for non-binary identities. It is truly a gigantic step forward,” said Rueda. “Maybe some will emphasise what’s missing, [but] I am going to emphasise what was missing since 2012 until we arrived and also the enormous democratic step that we’re taking in implementing this recognition.”

Although they agree that the interpretation of the Gender Identity Law has been binary, the presidential decree and the 'X' aren’t the answer for activists like Machado.

“Ideally, measures would be put in place so that the law on gender identity would actually be respected everywhere correctly, fully. You have a right to have your gender identity respected, regardless of what your documentation says,” said the Todes con DNI activist, referring to Article 12 of the Gender Identity Law.

“It’s a national document. We have a national law that says that our gender identity is valid, and we have a right to it and to have it respected. Why not open that field and let people write down whatever it is that they identify as and give them the tool of an ID that will validate their identity everywhere they go? That is a way for the state to actually protect gender identity.”

For Litardo, there needs to be more groundwork before such changes. Public policy cannot be implemented top-down from a single ministry or government branch, he argued. The lawyer emphasised that the critique was constructive, not necessarily negative, and a bid to amplify human rights.

“Although the decree is based on the Gender Identity Law, it restricts the possibilities of those non-binary people who need the state to identify them in a way that isn’t necessarily what the state defined as ‘X’,” said Litardo. “Of course, no identifying policy from the state can satisfy everyone’s identity: I do believe that the Gender Identity Law has established that because the concept of gender identity was left open to individual interpretation, but the state often operates with pretty restrictive determinations.”

“Maybe the demands of non-binary organisations should have been listened to more, or at least addressed the difficulties by which the state considered that including the 'X' was necessary.”

Meanwhile, more non-binary people are still getting the new ID cards, only to find out that they do not work.

“I don’t feel accompanied by the state,” said Rocío Gómez, a secondary-school English teacher who identifies as agender.  “It’s great to have a non binary DNI but the process we have to go through in the meantime until institutions fix their systems wasn’t considered. People have no idea about the problem and it presents huge obstacles for us.”

Gómez watched the presidential ceremony in which Valentine got their non-binary DNI and went to the RENAPER the same week. However, they still haven’t actually used the new card — they have been delaying coming out at work for fear of not being able to receive their salary through AFIP. They described a feeling of putting their life on pause until the systems have been updated.

“I am very thankful for the possibility of having documentation that overall reflects my identity,” said Gómez, “But it’s not enough. They need to remember that we exist, that we resist, and that we need the state just the same as any other citizen. Although what they did was important, it’s just not enough.”

* Undersecretary Rueda urged anyone struggling with new DNIs to get in touch with her office at the Gender Ministry via [email protected]. 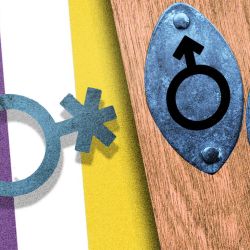 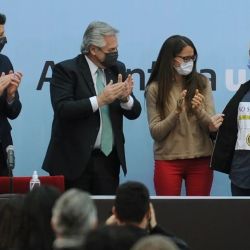 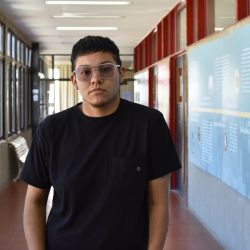 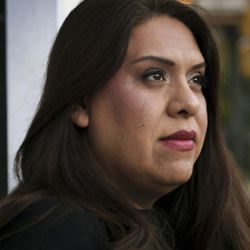 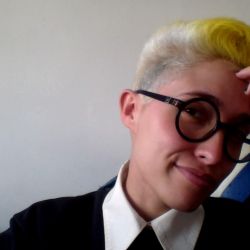 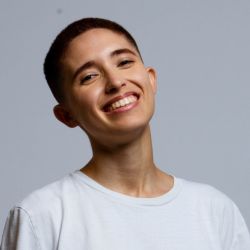 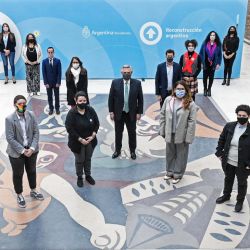