Bitcoin miners in Argentina are capitalising on the inefficiencies of the country’s interventionist economy to reap outsize returns, fuelled by memories of currency busts and powered by government-subsidised electricity.

While numerous countries have experienced booms in crypto mining this year, ultra-low utility rates and the resurgence of capital controls are helping supercharge profits for miners in the South American nation. For many experts, it’s yet another example of Argentines’ perennial ability to bend the nation’s heterodox policies to their advantage.

“Even after Bitcoin’s price correction, the cost of electricity for anyone mining from their house is still a fraction of the total revenue generated,” said Nicolás Bourbon, who has experience mining digital currencies from Buenos Aires.

Cryptocurrencies have long been trumpeted in Argentina as a way for locals to hedge against cyclical economic crises, including repeat currency devaluations, defaults, hyperinflation, and now, a three-year recession made worse by the pandemic. In addition to cheap power, the return of foreign-exchange controls in recent years have given Argentines banned from buying dollars even more incentive to mine digital tokens, as surging demand for non-peso assets has sent the value of Bitcoin skyrocketing to almost 5.9 million pesos in unofficial markets as of Sunday, versus about 3.4 million pesos at the official rate. 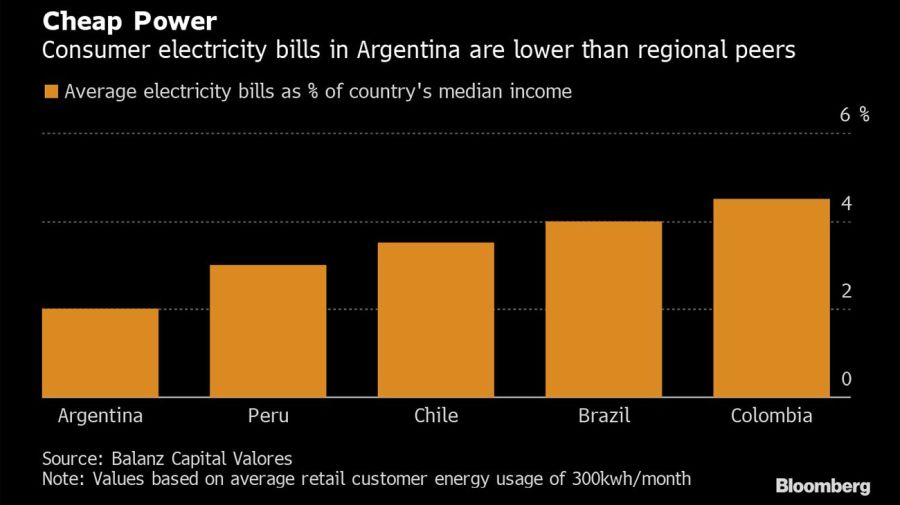 Miners are benefitting from the country’s longstanding residential electricity subsidies, a policy intended to win political points with voters yet one that’s increasingly fuelling tension within the ruling left-wing Peronist coalition.

Despite Argentina being a net importer of gas, consumer electricity bills are only about two to three percent of an average monthly income, compared to about twice that in other Latin American markets like Brazil, Colombia or Chile, according to Ezequiel Fernández, an analyst at Balanz Capital Valores in Buenos Aires.

Moreover, with inflation running at about 50 percent annually and currency restriction permitting individuals to legally convert just US$200 per month, rampant demand for any store of value is fueling a plunge in the peso in parallel markets, where it’s now about 70 percent weaker than the official rate.

“The crypto that miners generate is typically sold at the parallel exchange rate, but the energy is paid for at a subsidised rate,” Bourbon said. “At the moment, revenues are very high.”

International mining firms are sensing opportunity. Last month, Canada’s Bitfarms Ltd. said it secured a deal to tap directly into a local power plant to draw as much as 210 megawatts of natural gas-powered electricity, in a bid to run what would be the largest Bitcoin-mining facility in South America.

“We were looking for places that have overbuilt their electrical generation systems,” Bitfarms President Geoffrey Morphy said in an interview. “Economic activity in Argentina is down, and power is not being fully utilised. So it was a win-win situation.”

To be sure, industrial power demand is not fully covered by subsidies. But the US$0.022 cents per kilowatt hour price Bitfarms says it will pay for the electricity is far below the wholesale market rate of around US$0.06 per kilowatt hour for industrial customers not connected to the local grid, according to Fernández of Balanz Capital. 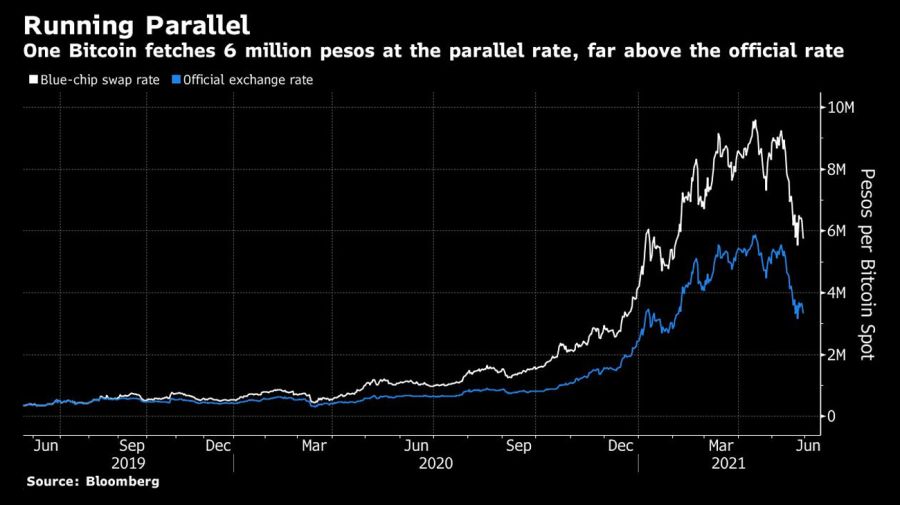 “For certain power generators with easy access to gas, selling excess power to Bitcoin miners during part of the year makes sense, especially if the power generator somehow avoids foreign-exchange controls by getting paid in hard dollars outside of Argentina, or in Bitcoin,” Fernández said.

Regardless of Bitcoin’s volatility in the coming months, mining in Argentina will almost certainly remain profitable for individuals as long as the government is footing at least part of the electricity bill.

“Miners know the subsidies are ridiculous,” Bourbon said. “They simply take advantage of it.”