Paul Krugman, winner of the 2008 Nobel Prize for Economics and a dedicated Argentina-watcher dating back to the last century, has criticised the Mauricio Macri administration for repeating the errors leading to the 2001-2 meltdown, especially criticising the introduction of the International Monetary Fund (IMF) into the equation. 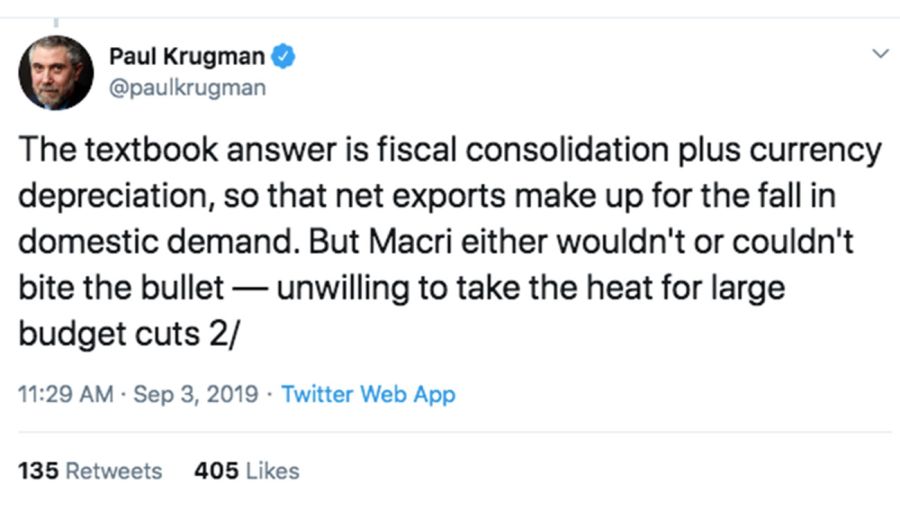 Macri should have taken full advantage of his post-electoral honeymoon by both devaluing to boost exports and slashing the fiscal deficit much sooner, Krugman communicated to Twitter, thus questioning the gradualism of the first half of Macri’s term instead of “biting the bullet.” 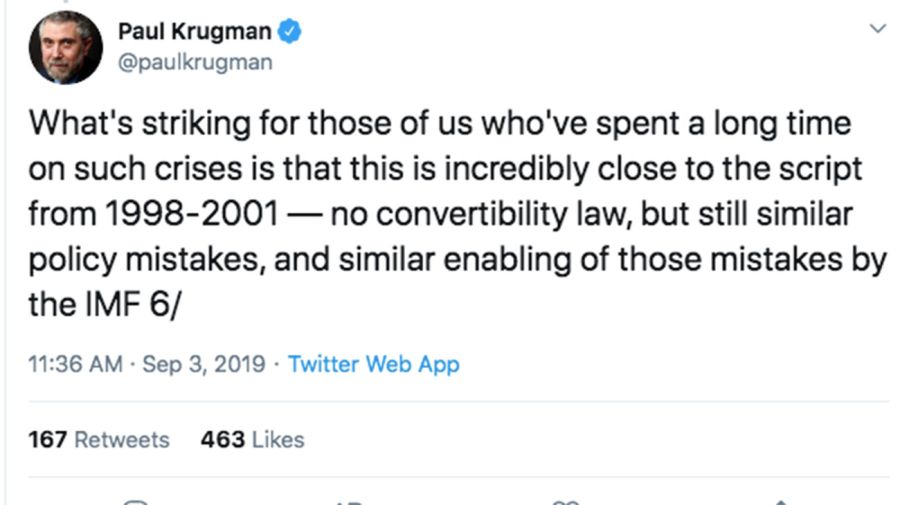 Will the crisis in Argentina hurt the IMF's reputation?

But at the same time he recognised the risks of devaluation for a minority government as swelling the debt in a country with a history of inflation. Krugman´s critique of gradualism is all the more striking since he is generally seen as a progressive economist harshly critical of United States President Donald Trump.