The Central Bank's strategy of choking the demand for dollars seems to be giving the peso some breathing room.

Two weeks ago President Mauricio Macri imposed currency controls to stem the tide of dollars pouring out of the country since the August 11 PASO primary elections. With the new foreign currency restrictions in place, Argentine companies and individuals face strict limits on the amount of dollars they can buy, forcing banks to invest in peso-denominated debt, like the seven-day Leliq notes. As a result, the interest rate on the Leliq, determined via daily auctions, fell for the first time in two months.

At the same time, the rules force Argentina’s exporters to repatriate foreign currency from the sale of their goods within five days. With more dollars in the system due to the returned cash and limits on the purchase of greenbacks, the bank was able to buy the US currency for the first time in seven months. 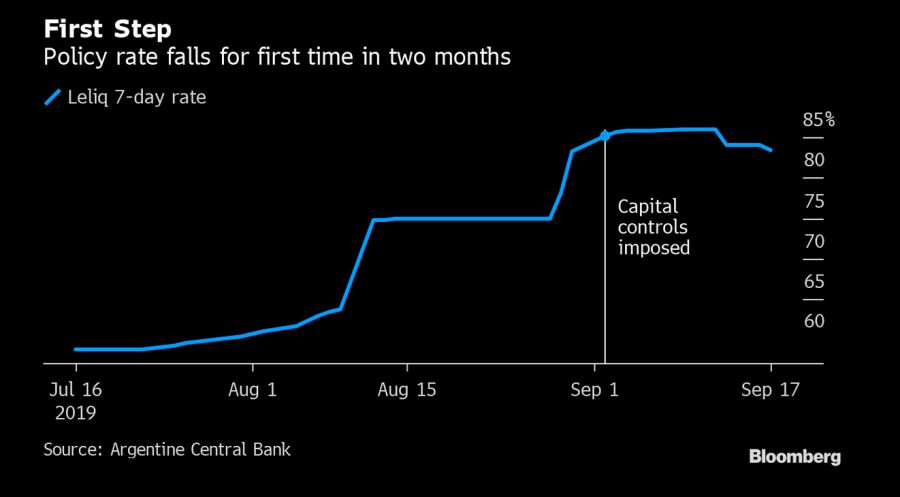 Daily swings in the peso of as much as 15 percent have now subsided to no more than 0.84 percent, stabilising what was the world’s worst performing currency at around 56 pesos per US dollar. A parallel exchange rate known as the blue-chip swap trades much weaker, closing at 69.90 per greenback on Tuesday.

“The exchange controls reduce the alternatives that banks and companies have to invest in dollars, forcing them to invest in pesos,” Diego Chameides, head strategist at Banco Galicia, said. “This helps the central bank lower the rate.”

The bank also seems increasingly willing to flout the International Monetary Fund’s targets for the monetary base, Chameides said. This allows the bank to increase the supply of pesos, pushing down the rate. 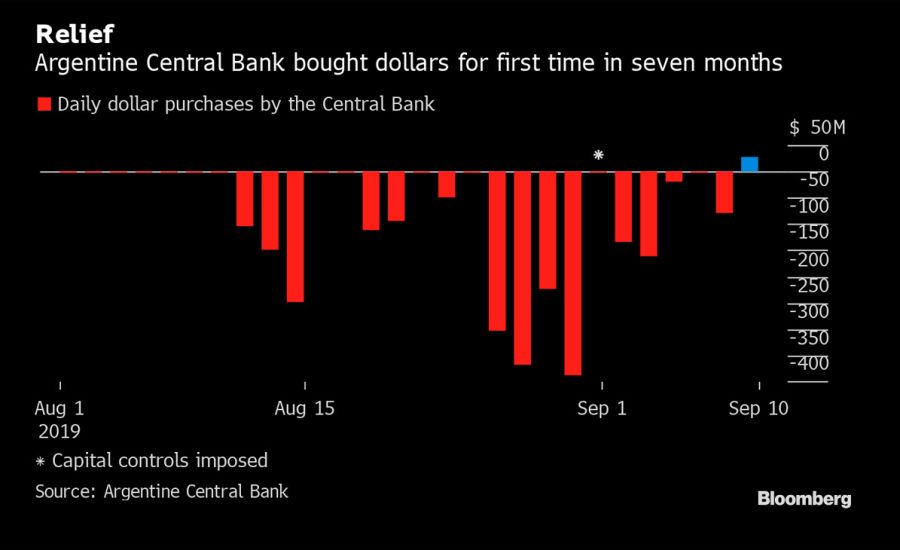 One million doses of Sputnik V and 18 million euros