Peronist Loyalty Day was massively celebrated both last Sunday (the day itself) and Monday with the former event the more newsworthy – including marchers trampling on stones honouring Covid-19 victims and Mothers of Plaza de Mayo leader Hebe de Bonafini making a noticeably absent President Alberto Fernández the main target of her criticism.

Monday’s commemoration was basically a trade union event with the CGT (Confederación General del Trabajo) umbrella group calling for “development, the defence of national production and the creation of genuine jobs” to mark the 76th anniversary of the historic march of their forebears to free the founder of the Peronist movement on October 17, 1945. The CGT statement further called for the health and social security systems to be boosted.

Lengthy columns of workers thronged in the main downtown streets leading to Plaza de Mayo and the San Telmo neighbourhood, centred around the Canto al Trabajo labour monument at the corner of Paseo Colón and Independencia avenues. The result was chaotic downtown traffic.

“Argentina and the government are facing a decisive instance for overcoming the inherited socio-economic crisis dramatically aggravated by effects of the [coronavirus] pandemic,” said the CGT, describing itself as the “reserve whereby the National Movement can reconstruct the social fabric and strengthen politics” and the march as “the expression of the unity of the workers and organised labour with a vocation to sustain the unity of Peronism” while calling for policies which set bases for “Argentina’s socio-economic transformation.”

Thousands of militants from the left wing of the ruling coalition marched downtown and in various provincial cities last Sunday to demand a default with the International Monetary Fund (IMF).

"The IMF landed us with the complicity of the [2015-19 Mauricio] Macri government with a debt of US$44 billion violating their own statutes," said Bonafini, the main orator at the rally facing the Casa Rosada.

"No to paying the debt! The IMF exceeded its [credit] quota when in reality they were hiding what they did to protect speculative capital while hurting wages, pensions and the economy," said the leader of the human rights grouping, which made its name defying the 1976-1983 dictatorship and its crimes against humanity. 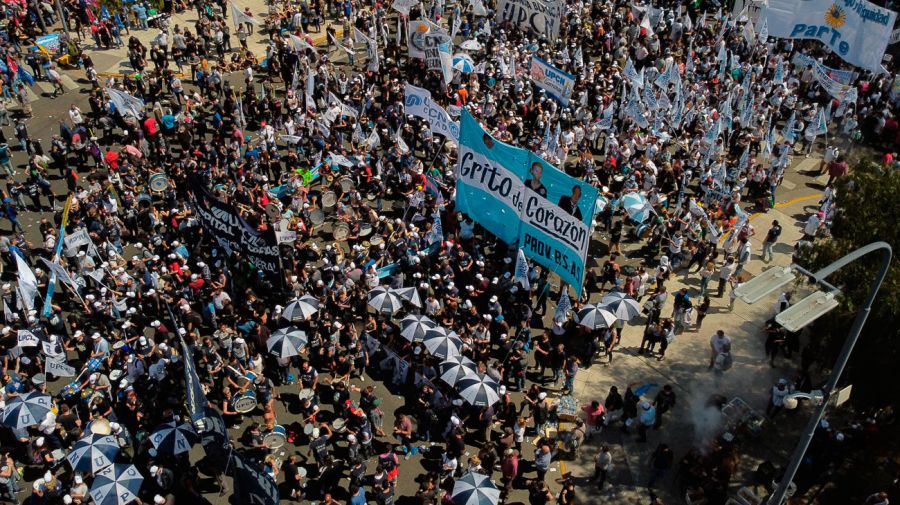 Bonafini, 92, went on to strongly criticise Fernández and his government.

“I want to tell Mr. President that this rally is the beginning of a struggle until we have secured the non-payment of the debt. It makes me very sad that he [the President] is always meeting up with the rich, with [the] IDEA [business symposium] and with the fat cat trade unionists of the CGT,” blasted Bonafini.

"We’ve come out of two pandemics, one Macri’s and the other health [Covid-19]. The people have returned to the streets and Peronism is mobilising," worker Hernán Gorreta told AFP news agency while attending the march.

Another activist Alejandro Gil said: “This demonstrates a lot of faith.”

The government took a beating in the September 12 primaries (winning only 32 percent of the vote as against 40 percent in favour of the centre-right opposition), prompting a Cabinet purge and increased subsidies for those below the poverty line, 40 percent of the total population, to smooth the path towards the November 14 Congress midterms.

The Fernández administration is negotiating more generous grace periods and lower interest rates with the IMF after admitting that the country will be unable to pay off the US$38 billion falling due between next year and 2023, as pledged by Macri in his 2018 stand-by agreement.

The president’s absence at the Plaza de Mayo rally was explained by the newly appointed presidential spokesperson Gabriela Cerruti via her Twitter account as “not being scheduled,” underlining that it “never formed part of his diary.”

“What the president did was to call rallies to mark October 17 and encourage them. He followed them as they unfolded and celebrated the return of Peronism to the streets,” detailed Cerruti.

Among the participants in a less than full Plaza along with Bonafini were Buenos Aires Province Governor Axel Kicillof, former vice-president Amado Boudou (who also spoke) and teacher union leader Roberto Baradel, as well as various government officials.

Cerruti was at pains to repudiate the vandalism of the monument of stones paying tribute to Covid-19 victims.

"The acts of vandalism carried out by just two people overshadowed the public communication of the rally but did not represent the spirit of the encounter, we repudiate them," she explained. 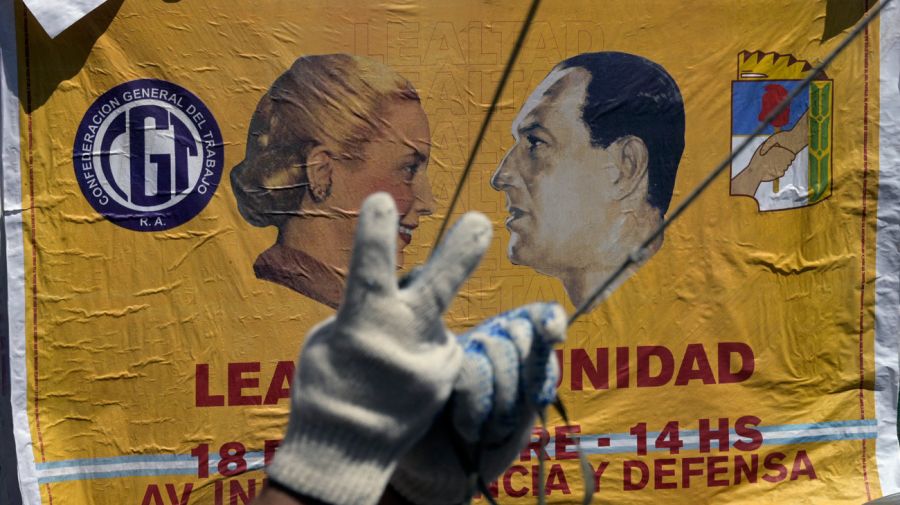 The next day the CGT decided to redress the offence to the memory of coronavirus victims via a rally in front of the Manuel Belgrano monument, observing a minute of silence for all who died during the pandemic.

The initiative was announced by Julio Piumato, the CGT Secretary for both Human Rights and Press and Communication, with the aim of expressing "the deepest rejection of yesterday’s vandalism in Plaza de Mayo regarding the stones respecting the memory of the victims of the Covid-19 pandemic."

These “actions warranting repudiation” were attributed by the union leaders to “minority sectors with no connection to Peronist ideas using a date of deep meaning for organised labour and the Peronist people.”

The CGT informed: “The pandemic has filled our people with grief. Thousands of workers lost their lives or their loved ones and that is why this vandalism did not [just] attack the victims and their families but all organised labour and Peronism, deforming the profound meaning of a historic date.”

Opposition PRO party leader Patricia Bullrich assured that “the level of hatred in this two-headed government lacking absolutely any empathy is scary” while describing the “attack” on the memorial to Covid-19 victims in Plaza de Mayo as “insulting to all society.”

In dialogue with Luis Majul on the Radio Rivadavia programme Esta Mañana, the opposition leader said: “The ruling party has reached a destructive level which is scary due to the hatred between them,” adding that the two-headed nature of the government “fills society with uncertainty.”

“They trampled on the stones in memory of those who are no longer with us and that generates a lot of grief,” affirmed the Security minister of the previous Cambiemos government.

Her successor in that portfolio, Aníbal Fernández, affirmed that the tribute to coronavirus victims “deserves respect” when commenting on the incidents last Sunday afternoon when marchers tore the images of Solange Musse and Lara Arreguiz, two of those who died in solitude during the pandemic, off the monument while trampling over stones honouring others of the dead.

Attempting to explain why the monument had gone unguarded by saying that it was the responsibility of the City Police, Fernández added that he, along with so many Argentines, had lost “many friends.”

The minister was joined by libertarian Congress candidate Javier Milei in holding City Hall responsible for not preventing the attack on the monument. 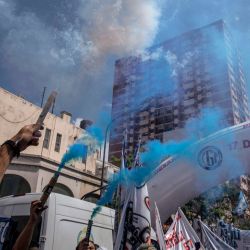 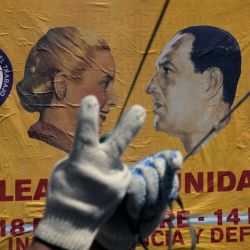 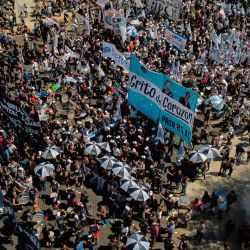 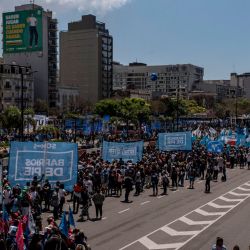 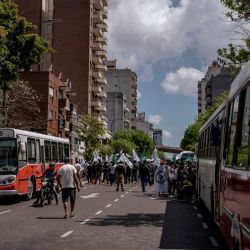